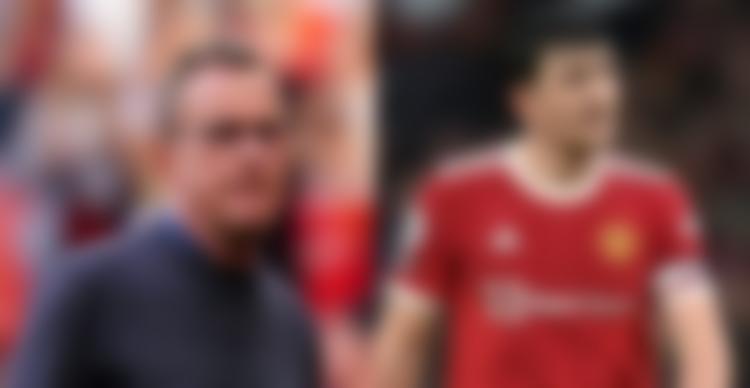 According to Ralf Ragnick, the potential transfer list is not known yet. So, it is impossible to make a comment about the captaincy situation at this point in time. Some recent reports suggest that keeper David de Gea could be made the new skipper.

Ralf Ragnick chooses his captain based on the votes of the teammates. Earlier, there has been little debate about the captaincy between Cristiano Ronaldo and Harry Maguire. However, Harry Maguire gets the nod after the departure of Ashley Young. Harry Maguire has been awful this season and his confidence level has gone down completely. He is making mistakes in every match and Manchester United’s defensive unit is looking very much shaky at this point in time.

The Latest Update On The Future Of Harry Maguire; What Next For The England International?

Harry Maguire has also been playing for the England national football team. However, he is delivering good performances for the side. He has not been able to adjust himself at Old Trafford and things are now going in a bad direction. There are rumours that Harry Maguire will leave the club in the summer transfer window. There will be a wholesale change of the squad in that transfer window. Manchester United have been bearing some deadwood in their squad and they should not get involved in the next season for the betterment of the Red Devils.

That’s why Ralf Ragnick thinks that there might be some changes in the leadership group of Manchester United in the next season. It will be interesting to see the impact of the new signings. It is not an easy task to come from a different league and adjust to the physicality of the Premier League. Many big names have not flourished in their first season. So, the management needs to give some time to the new squad to deliver the best.

Manchester United are currently at the sixth position in the league table with 55 points in 35 matches so far. They are 11 points behind the third-placed Chelsea side. The Gunners are also looking quite determined to finish in the top four with 60 points in 33 matches. Tottenham Hotspur is two points behind Arsenal. So, it will certainly be an interesting finish to the season for all these clubs. Manchester United will certainly be upset if they suddenly find themselves in the UEFA Conference League. Their top-four hopes are now probably gone after dropping two points against Chelsea at Old Trafford.

The Red Devils displayed a dismal performance against the Blues on Thursday. They will certainly consider themselves quite lucky to get away with one point from this match. The match has been totally dominated by the Blues. David De Gea has been phenomenal under the bars for the Red Devils. Reece James has hit the post with a brilliant left-footed strike from the edge of the box.