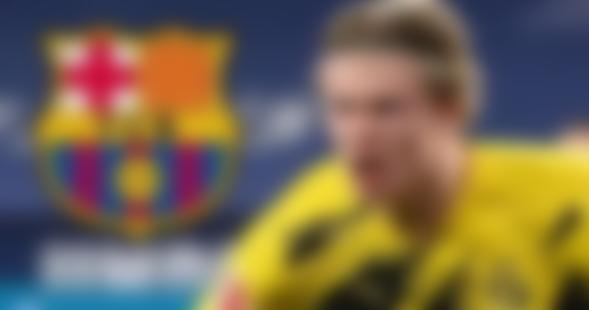 Together with him, the player’s father Alf-Inge Haaland flew to Spain. At the airport, they were met by a close associate of Barcelona President Joan Laporta. The arrival of Raiola and Haaland’s father was reported by Diario Sport, Mundo Deportivo, insider Fabrizio Romano and other sources.

Previously, the media reported that Barcelona is following the player. Apart from Barcelona, ​​Haaland is looking to buy many top clubs, including Real Madrid and Manchester City. Borussia Dortmund does not want to sell their striker and is demanding 180 million euros.

Erling Haaland started his career in Norway, but reached the top level in Salzburg. The footballer was bought by Borussia Dortmund, and Erling became a world star in Germany. He is called one of the most talented football players in the world.

Erling has already scored 21 goals in 21 matches this Bundesliga season. Haaland is also good in the Champions League and is the top scorer in the tournament with 10 goals. In the 1/8 finals, Haaland, together with Borussia, defeated Sevilla and made it to the quarterfinals. In the quarter-finals, Borussia will play with Manchester City.

Also in the media it was reported that in case of failure with Haaland, Barcelona will try to buy Lautaro Martinez from Inter. The Argentine footballer was followed by Barcelona in 2019, but the coronavirus has changed the team’s plans. Inter asked for a large amount, and Barcelona did not have that much money during the coronavirus period.
Lautaro’s current contract with Inter is valid until 2023.

It was also reported that Barcelona is interested in Aguero and Depay. Aguero will leave Manchester City this summer and will not be worth the money. But Barcelona head coach Ronald Koeman is against this transfer, he wants to buy Depay from Lyon.