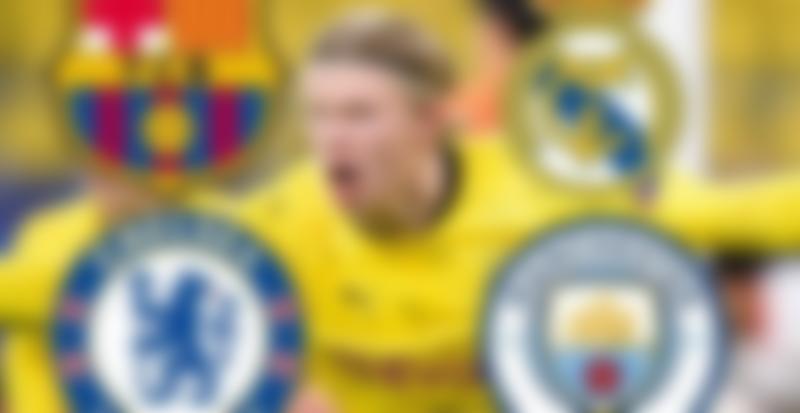 Yesterday Haaland’s father and agent Mino Raiola visited several cities and met with representatives of the top clubs. Mino Raiola said at these meetings that Real Madrid and Barcelona are priority clubs for Erling. But the top clubs in England also follow the footballer.

Barcelona is interested in Haaland, but the club plans to buy the player in 2022. Now Barcelona has financial problems, and Borussia requires 150 million euros for their footballer, and 40 million must be paid to intermediaries. In 2022, the ransom amount will be activated, the player can be bought for 75 million euros.

But there are other clubs looking to buy Haaland. Ryola and the footballer’s father also met with representatives from Chelsea, Liverpool and Manchester United. These clubs also have no financial problems and are ready to pay any amount. But Bayern Munich is not interested in buying a player. They have Robert Lewandowski, who is the best striker in the world at the moment.

Haaland has scored 21 goals in 21 Bundesliga games this season. Erling is also the top scorer of the Champions League. Haaland is the most coveted player in the transfer market. Which club do you think the Norwegian footballer will join?