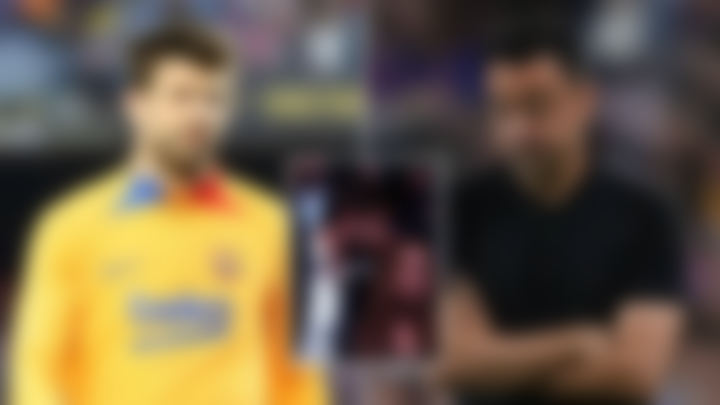 According to Spanish news outlet SPORT, Xavi has had a face-to-face meeting with Gerard Pique during which he told the center back that he doesn’t see him as a regular starter next season.

Xavi’s main concern with his former team mate is his multiple business interests off the pitch, and it is also believed that the Catalan club owe Pique an estimate of £34.3 Million in wages. The coach also expressed concern with Pique’s regular injuries, saying that he fears possible relapses. Xavi told the veteran that his wages pose a problem for Barcelona’s transfers and future planning.

The Barcelona boss is looking to build his team around a fresh defence that he can put his full faith in, and according to Xavi himself, Gerard Pique cannot provide that anymore.

On the other hand, Gerard Pique has been positive despite the manager’s verdict on him. The defender has been a key asset to the team as well as one of the leaders of the team on and off the pitch. He is unwilling to give up his time at the Camp Nou. He has vowed to train harder than ever and is willing to ditch some of his off field interests.

Gerard, on his part, told the manager that he wants to continue at Barcelona and is ready to prove that he is the best center-back at the club no matter who is signed this summer. Moreover, Pique is also willing to lower his salary to help out the club.

The Spaniard has a contract with Barcelona till 2024. It looks like Pique will not leave the club and wants to finish his contract. Not only that, but the defender will fight for his position in the team.

When president Joan Laporta told Pique the Blaugrana would be looking at a new center back, he replied: “I’ll be a starter. If you have the guts, bring the best central defender in the world, who will come as a substitute.”