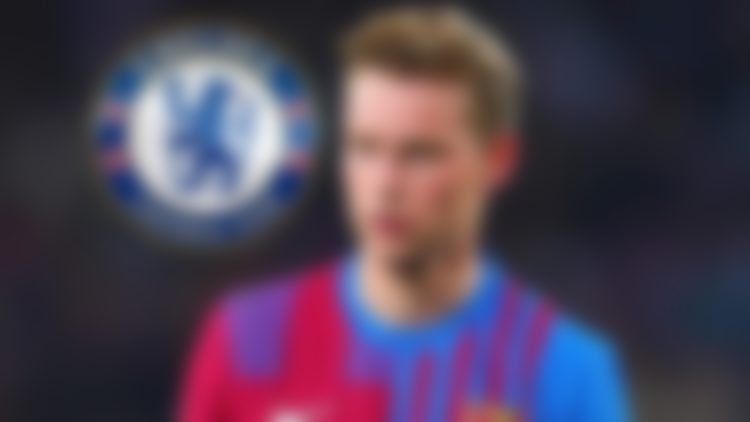 Barcelona will be looking to sell Frenkie de Jong this summer in order to register their new summer signings. Until Barcelona finds more finances and balances their books, La Liga will not let Barcelona register their new signings (Lewandowski, Raphinha, Kessié, Christensen, Koundé) and contract extensions (Dembélé and Roberto).

The situation at the club suggests that Frenkie de Jong to Chelsea is a huge transfer possibility this summer. The Cataluna club must sell the Dutch international in order to register their new incoming.

Invigorated by De Jong’s positive working relationship with Ten Hag — the two had previously collaborated at Ajax — Manchester United has been courting him for the last 12 weeks. However, the saga’s conclusion is still a long way off.

Recently, it became clear that Manchester United wasn’t the only team interested in Frenkie de Jong. Chelsea are also interested in the Dutch international and thinks Champions League play would help convince him to join them at Stamford Bridge.

Chelsea are now in talks with Barcelona about a move for the Dutch international at the same time. It is also suggested that De Jong will be interested in a move to Stamford Bridge.

On his Twitch channel, Spanish journalist Gerard Romero stated that De Jong is “expected to depart next week.”

According to Harry Redknapp, Frenkie de Jong has informed a member of Manchester United’s management that he has rejected a transfer to Old Trafford and wants to sign with Chelsea this summer. The veteran football manager says he has reliable information that De Jong wants a transfer to Stamford Bridge as soon as possible.

“Manchester United are not going to get him. I’ve had that from somebody right at the very, very, very top at Man United, he’s made up [his mind], he really wants to go to Chelsea.

“So if he goes to Chelsea, and Man United don’t get him, I don’t know where they’re going and if Chelsea gets him obviously he’ll be a fantastic signing for them.”

De Jong is still a crucial component of Xavi’s plans, the midfielder insisting last month despite Barcelona’s willingness to sell the player.

“I have chatted with him, he knows how much I value him, I value him very much as a footballer,’ Xavi stated.

“We have had very important private conversations that I will not reveal here. For me, he is a fundamental player for the team’s play.”

The whole situation is bizarre and it still remains to be seen where De Jong will end up playing next summer. We will keep you posted about the whole Frenkie de Jong to Chelsea saga.