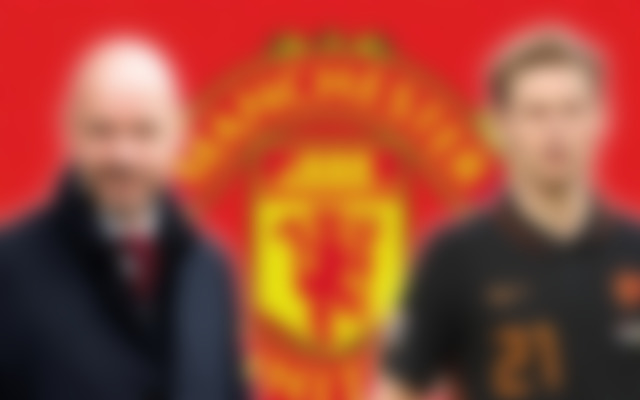 Although United are still the favorites to make a deal for the Dutch midfielder, Fichajes says he should stay at Barcelona and play. He kept in touch all summer long, but he stayed at Camp Nou.

For the midfield position, United signed Casemiro from Real Madrid and Christian Eriksen from Brentford. Both players have been instrumental in United’s recent success, but the addition of a new midfielder would give the club even more options on the field.

Erik ten Hag wanted to build his team around his former disciple, but he refused to play for United because of their lack of Champions League participation.

His recent form should set off alarm bells for the Red Devils, and his upcoming wages further reduced the likelihood of him leaving the Spanish club. The 25-year-old’s encouraging form for his club and a solid showing at the World Cup have earned him praise.

United will be undergoing a transition period for the next couple of transfer windows, so there will be a lot of player arrivals and departures.

One possible indicator of De Jong’s intentions is his refusal to answer a reporter’s question about United during a press conference at the World Cup.

United was hot on his trail, suggesting that they may once again be engaged in a heated transfer battle this summer. United’s top priority would be finalizing the player’s personal terms, but agreeing on a transfer fee wouldn’t be a problem.

Since United no longer has to pay Cristiano Ronaldo’s salary, they may be able to reinvest the savings in new players. De Jong has been one of Barcelona’s highest-paid players, so his departure could give the club a financial reprieve.