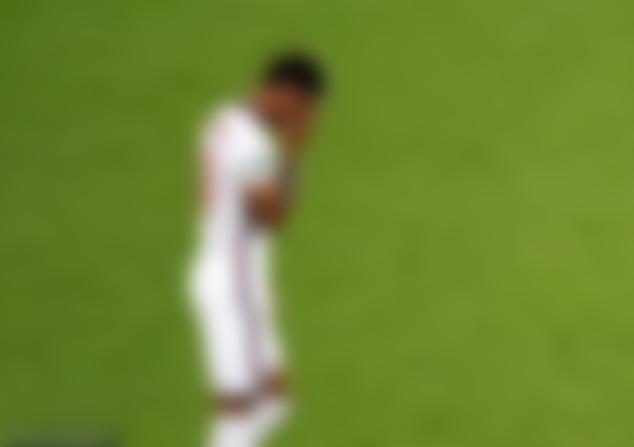 There should be no excuses for racism in football or anywhere. Racism takes many forms and may happen in many places. It includes prejudice, discrimination, or hatred directed at someone due to their color, ethnicity, or national origin. People often integrate racism with acts of abuse or harassment.

However, it does not have to be involved with violent behavior. Take racial name-calling and jokes. And just like that, certain English football players were subject to racism in football. The English defeat in Euros 2020 final left the whole nation in anger and rightly so. But a certain group of people went over the line and started sending racially abusive messages towards the players.

The football and other sporting communities have come forward to defend the English football players who were racially abused after the final. The respective authorities have been urged to take strong action against these people.

Marcus Rashford, Jadon Sancho, and young Saka missed their penalties in the unsuccessful shootout. As it often happens in the age of social media and the Internet, the anger and frustration turned into racial abuse.

You did not have to look far to find the examples, as England’s Bukayo Saka was the first one to face racism after the defeat. The young shining star of England was forced to delete his Instagram account hours after the game.

This sparked unity among the footballing and sporting communities and they all came forward to defend the players subject to racism in football. England’s manager Gareth Southgate has labelled this act as ‘unforgivable.

A wave of solidarity messages quickly followed as England’s skipper Harry Kane led by example. He posted a strong message on Twitter while bashing the concept of racism in football and over the world.

“Three lads who were brilliant all summer had the courage to step up and take a penalty when the stakes were high,” he said.

“They deserve support and backing, not the vile racist abuse they’ve had since last night. If you abuse anyone on social media you’re not an England fan and we don’t want you.”

Later, Marcus Rashford expressed his lack of confidence to take the penalty. The Manchester United man was subbed in the last minute for the penalty shootout. Naturally, Rashford missed his penalty in the shootout and unfortunately was subject to racism soon after the match ended.

A mural of Rashford in Greater Manchester was defaced within the hours following the final defeat, but locals responded by covering the graffiti with messages of support and love for the striker.

In a statement on Twitter on Monday night, Rashford, 23, said: ‘I don’t even know how to put into words how I’m feeling at this exact time. I’ve had a difficult season and I probably went into that final with a lack of confidence.

‘I’ve always backed myself for a penalty but something didn’t feel quite right.

‘It’s been playing over in my head — there’s probably not a word to describe how it feels. Final. Fifty-five years. One penalty. History. All I can say is sorry. I wish it had gone differently.

I’m Marcus Rashford, a 23-year-old black man from Withington and Wythenshawe, south Manchester. If I have nothing else I have that.

Not only the footballing community, but the other sporting communities have also come forward to show support for the players. Tennis star Andy Murray came up with a well-measured tweet of his own. In response to Piers Morgan’s tweet, Murray subtly called out the double standards on show.

“Totally agree with you (Piers Morgan). All of those players deserve and need the support of the public after that. All seem like brilliant guys. Nothing can prepare you for that level of pressure/attention/criticism at 19/20 years old. Respect.”

The abuse wasn’t only limited to social media and the Internet. Marcus Rashford’s mural in Manchester was defaced with racist messaging and comments, but fortunately, the locals responded by covering the graffiti with touching messages for the striker.

“This is what we did to obliterate the racist graffiti at the Marcus Rashford mural in Withington. I’m proud of Marcus, and I’m proud of the local people who defended him with messages of love and pride.”

The Three Lions manager Gareth Southgate was quick to respond to the situation. Southgate labelled the racism in football or anywhere as ‘unforgivable’.

Southgate said: ‘For them to be abused is unforgivable really. I know a lot of it’s come from abroad, but not all of it.

‘It’s just not what we stand for,’ the manager added. ‘We’ve been a beacon of light in bringing people together and people being able to relate to the national team.

‘We’ve shown the power our country has when it does come together.’

Skipper Harry Kane joined the condemnation on Monday night, tweeting: ‘Three lads who were brilliant all summer had the courage to step up and take a pen when the stakes were high. They deserve support and backing, not the vile racist abuse they’ve had since last night.

‘If you abuse anyone on social media you’re not an England fan and we don’t want you.’

Our take on this situation

It is important to note while we fight social justice and wars against other social issues, the racists are in the minority. People who are racists towards other human beings are blatantly jealous because their own personal growth is stunted by their unjustifiable prejudices.

One would think that racism wouldn’t exist anymore in the upcoming future, but if we have learned anything from the past 24 hours, is that there’s still a long way to go.