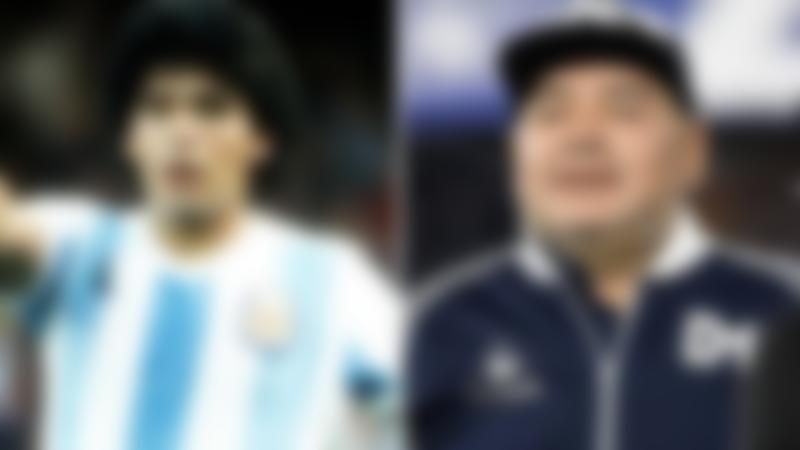 The legendary Diego Maradona is considered the world’s greatest football player of all time. He was the idol of most successful football players that we see today. The world is saddened by the death of a footballing icon. He will always remain in our hearts, as the greatest ever to step on the football pitch.

Diego Maradona was such a great player that it was a dream of every football player to meet him once in their lives. The void that Diego Maradona has left behind will never be filled and his legacy will go on to live forever.

A little anecdote that sums up Maradona’s sheer status.

Before the 1990 World Cup opener, some of the Cameroonian players started crying when they saw him in the tunnel, because they just couldn’t believe they were on the same pitch as him.

The Argentinian’s spokesman, Sebastian Sanchi, said that Diego Maradona died on Wednesday of a heart attack, just two weeks after being released from a hospital in Buenos Aires following a brain surgery.

Famous Players Tribute to The Legend

The football world is deeply saddened by the tragic death of Diego Maradona. Famous football stars and icons have expressed their grief and sorrow over the death of the legendary Diego Maradona.

The legendary Brazilian superstar and world cup winner, Pele said that he lost a very ‘special’ friend and he hopes to play football in the sky with Maradona.

“I have lost a dear friend. And the world has lost a legend. There is a lot more to say but I hope God gives his family strength. One day, I hope, we will play football together in the sky.”

Liverpool’s Mo Salah expressed his grief following the death of Diego Maradona in the following words:

“A legend of the football universe gone too soon. My thoughts are with his family, friends, and fans all over the world.”

Arguably the greatest Argentinian player after Diego Maradona, Lionel Messi spoke about the death of his idol in the following words:

“A very sad day for all Argentines and for football. He has left us, although, he hasn’t really left, because Diego is eternal. I will keep all the beautiful moments I lived with him and I want to take this opportunity to send my condolences to all his family and friends.”

“Today I say goodbye to a friend and the world say goodbye to an eternal genius. One of the best of all time. An incomparable magician. He leaves too soon, but leave a legacy without limits and a void that will never be filled. Rest in peace, star.”

Brazil’s legendary Ronaldinho was deeply saddened by the death of his idol Diego Maradona.

“My friend, my idol, my number 10, thank you for every moment in your company, whether in games or in simple dinner. It inspired me during my career and when I met you and we played that 5-a-side, it was one of the best nights in my life. I was on the field with my idols. Rest in peace, my idol, I love you… the witch of the witches! Eternal.”

“Rest in peace, Diego Armando Maradona. You are eternal.”

Zlatan Ibrahimovic believes Maradona is immortal and he will always be remembered by the football lovers.

“Maradona is not dead, he is immortal. God gave the world the best gifted football player of all times. He will live forever and ever.”

“What a sad day for football lovers. Our sport loses one of its greatest idols. I lose a friend, whose talent inspired me once when I was a kid. Upset by his departure, but grateful our stories crossed paths in life. El Pibe, his legacy is eternal. His magic in the field will never be forgotten. Rest in peace, my friend.”

“The world awaits our words but there are no words to describe the pain we are going through. Now is the time to grieve.”

English legend David Beckham was deeply grieved to hear the tragic news of Diego Maradona death. He described his pain in the following words:

“A sad day for Argentina and a sad for the football world as we celebrate the greatness of what this man gave us… Someone that played with passion, spirit, and nothing less than a pure genius. I was so exicted to meet Diego and we will miss him. Rest in peace.”

Ruud Gullit expressed his sorrow following the departure of Diego Maradona in the following words:

“You will live on forever in my heart and the hearts of many other football lovers. The best player I have and seen and played against. Rest easy, Diego.”

Tennis Association also expressed their sorrow over the loss of a great sporting icon.