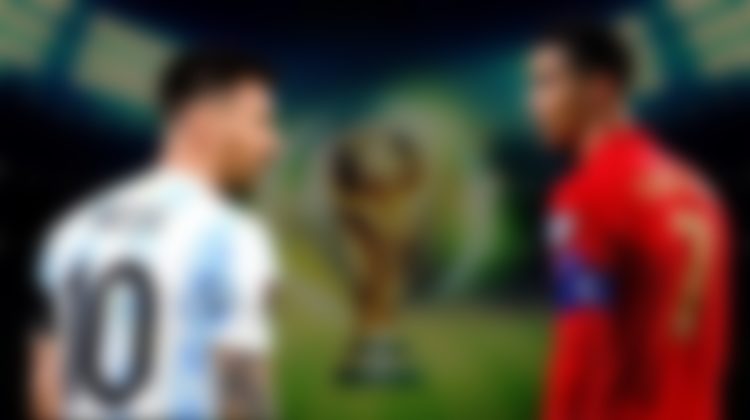 Two of the best football players ever will compete in the FIFA World Cup 2022: Lionel Messi and Cristiano Ronaldo. Both players have had multiple shots at the World Cup but this might be their year’s tournament might be their last chance.

Like Roger Federer and Rafael Nadal, Mohammed Ali and Joe Frazier; Lionel Messi and Cristiano Ronaldo will forever be associated with one another. Neither athlete has ever helped his nation win the World Cup. Even when both players retire, arguments over who is the best will rage on.

With Lionel Messi turning 35 years old and Cristiano Ronaldo turning 37 years old this year, FIFA World Cup 2022 might be the last chance to win the holy grail for both of them. Messi’s Argentina and Ronaldo’s Portugal both look really strong going into the World Cup, however, only one side can win the prize.

According to Spanish sports journalist Alvaro Romeo, Argentina has the superior squad and might provide Lionel Messi the perfect opportunity to complete the one gap in his illustrious career.

“In 2014, it’s a bit harsh to say, but when they reached the World Cup Final against Germany, it was a one-person show in a way with Messi. This time he’s surrounded by better center-backs and midfielders. I think that Argentina has a chance, and Lionel Messi will set his eyes on this World Cup as his last chance of winning it.

When it comes to Cristiano Ronaldo, it’s slightly different. I feel this Portuguese side is not as good as Argentina at the moment. They have a lot of talent in the squad, but they qualified for the World Cup via the play-offs. That tells you this Portuguese side is not perfect. He needs the team to do a better job. In any case, they will have a hard time improving their results from Russia in 2018 when they failed to advance past the Round of 16.”

Whether they succeed or fail in Qatar, Cristiano Ronaldo and Leo Messi will definitely make headlines and have unforgettable moments.

This year will be the final chance at the World Cup for Brazil’s talisman Neymar. After losing 7-1 to Germany in the semi-final of World Cup 2014, it’s finally time for Neymar and Brazil to make amends.

Alvaro Romeo had something to say about Neymar as well:

“Maybe he is still lamenting what happened to him in World Cup 2014. He was playing great football before an injury ended his World Cup. Neymar knows now that if he doesn’t play well, there is someone like Vinicius Junior, Raphinha, Antony, or Richarlison ready to take his place.”

Messi, Ronaldo, and Neymar have all had their share of World Cup highs and lows. The games will presumably be the final opportunity to represent their countries at this level since these players will arrive in Doha on the wrong side of thirty.

Which of these players do you think is the favorite to finally bring home the FIFA World Cup 2022? Let us know in the comments down below!