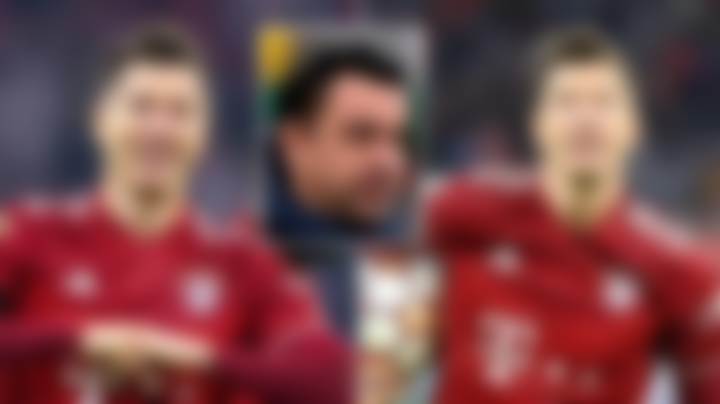 The battle is firmly on for the signature of Bayern Munich striker Robert Lewandowski. The Polish international has been prolific during his time in the Bundesliga but appears to be seeking a new challenge.

At the age of 33, he’s been linked with a move away from the Allianz Arena and several clubs are rumoured to be tabling a bid. If those stories are to be believed, Barcelona is the team most likely to secure Lewandowski’s services but there’s a long way to go in this transfer saga.

The Names in the Frame

There are betting markets in place for potential major transfers. While the bookmakers don’t always get it right, they can offer some useful insight into likely destinations for the big-name players.

In the case of Robert Lewandowski, online sports betting around the world is united in the view that the striker will be with Barcelona at the start of next season. Barca is the clear favourite while other teams with a chance of landing the player include Liverpool, Paris Saint-Germain and Chelsea.

The odds are supplied by sources attached to SBO.net and they have scope to change until such time as a deal is struck. In the days that follow, readers can monitor any changes to the market which will react to the latest transfer news.

Any updates will be reflected on the website and readers can assess the new markets. It is the site to follow in terms of football transfer predictions but is Robert Lewandowski to Barcelona as likely as the trend suggests?

Barcelona certainly has a need for a new striker. The unfortunate circumstances surrounding Sergio Aguero’s retirement left the Catalans looking thin for the first half of last season. Barca reacted by signing Pierre Emerick-Aubameyang from Arsenal in January and the Gabonese striker proved to be a success.

However, the need for a prolific centre-forward remains a clear target. With Antoine Griezmann and Ousmane Dembele failing to impress in recent seasons, Barcelona wants to get back to the days when Lionel Messi, Luis Suarez, and Neymar were battling to outscore each other.

A striker with a serious record is needed moving forward and Robert Lewandowski fits the bill. This will also be a good challenge for Lewandowski’s ability to play for one of the best teams and leagues in the world.

The Best of the Rest

It was a popular theory that Sadio Mane’s proposed transfer from Liverpool to Bayern Munich would leave the door open for Robert Lewandowski to move the other way. The Reds continue to compete at the top level of the game and the player previously featured under Jurgen Klopp when he was at Borussia Dortmund.

With Mane on his way, the Reds need a replacement attacker although they already have the prolific Mohamed Salah in their ranks.

Chelsea is in a similar position to Liverpool with the club looking to go deep into the Champions League. Elsewhere, PSG is a new link but rumours of a switch to Paris have been gaining momentum.

Will he Stay or Will he Go?

Robert Lewandowski may still be a Bayern Munich player when the European summer transfer window closes. Bayern is reluctant to say goodbye to one of its best assets and that’s no great surprise.

In eight seasons at the Allianz Arena, Lewandowski has scored no fewer than 344 goals in 375 games. While in Germany, he’s blossomed into one of the best strikers in world football and, while Bayern Munich will fight, the transfer gossip suggests that the Polish international’s future lies elsewhere.