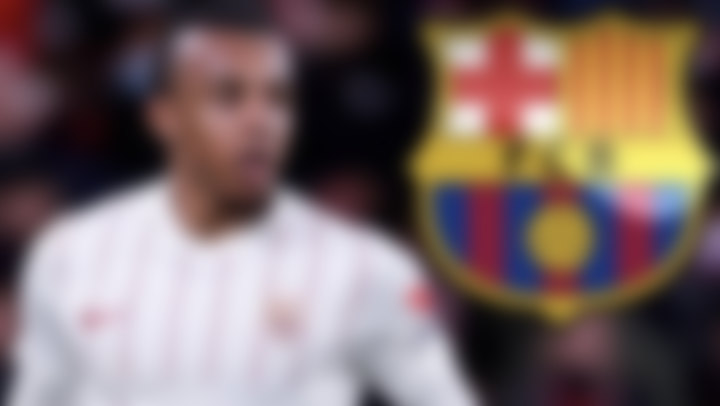 FC Barcelona has reached a new agreement in principle with Sevilla for their defender Jules Kounde. According to reporter Gerard Romero, the La Liga rivals have successfully negotiated a deal and the transfer is virtually completed.

Just a few hours ago, it seemed like the Sevilla defender was on his way to Chelsea. The Blues had submitted a £55 Million bid for the signing of Jules Kounde. The defender was supposed to travel to London for his medical but instead showed up to pre-season unannounced. This has upset the board at Stamford Bridge.

However, Barcelona have swooped in for the defender at the last moment and now the deal might almost be done. It has also been quite noticeable that Kounde would prefer a move to the Nou Camp, rather than a move to Stamford Bridge.

According to the Spanish journalist Gerard Romero, Barcelona have reached an agreement with Sevilla.

He tweeted: “This morning Barcelona and Sevilla have reached an AGREEMENT in principle for Jules Kounde. The operation is closed by 99 per cent, except for a cataclysm in the next few hours, the central defender of Sevilla will be a culer [Barcelona player].”

Just a few days ago, Barcelona president Joan Laporta was asked by a fan if the club were going to deliver the 23-year-old and he had bad news.

“No, not Kounde,” Laporta said. “Chelsea have signed him.”

Jules Kounde was heavily expected to sign a five-year deal in West London worth just shy of £150,000 per week, making him one of the club’s top earners. If Barcelona manage to pull off the Kounde coup, however, it will not be the first occasion they have managed to get one over on Chelsea in the transfer market.

The Brazilian winger Raphinha was also set to join the Blues and Leeds United had an agreement with Chelsea for the transfer of the winger. However, Barcelona swooped in with the funds and landed Raphinha.