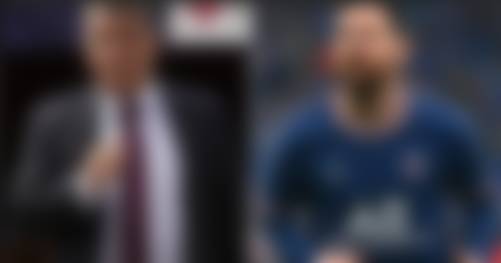 The seven-time Ballon d’Or winner joined PSG after Barcelona were unable to afford his wages according to the financial fair play regulations placed upon them by LaLiga amid their colossal debts.

Being one of the greats in the club, fans are still hoping for a dream return for the Argentinian magician this summer. Messi has been linked with a return to Barcelona after just one season in the French capital. He is said to be ‘unhappy’ with the Ligue 1 side and disappointed about their Champions League exit.

However, Barcelona president Laporta has dismissed claims that Messi could be returning to the Nou Camp, despite the gradual improvement of their finances. He said that the Catalans are focused on ‘building a new team with young people‘.

Speaking to RAC1, Laporta said: “I’ve received no message from Lionel Messi or his camp over a possibility of returning to Barcelona. At the moment we are not considering it.”

“I no longer have a fluid communication with Messi like I did before he left. His departure almost made me feel more bad for personal and family reasons rather than just strictly sporting ones.”

“We’re not considering [Messi’s return]. We are building a new team, with a mix of young players and experience – the symbiosis is working. But Leo is Leo and he’ll always be a winner. For me it sure wasn’t easy [for him to go], but, as it happened, I thought about the club [finances], I couldn’t put it at more risk. I think we did what we had to do.”

Lionel Messi received a lot of criticism and hate following PSG’s Champions League exit at the hands of Real Madrid. He was also booed and jeered by angry fans during their league match against Bordeaux.

Thus, Messi has been linked with a return to FC Barcelona. The newly appointed manager Xavi said his former team-mate would always be welcome at the Nou Camp.

“Messi has earned having the doors open to Barcelona,” Xavi said. “As long as I’m the coach here, if he wants to come every day to watch training or talk to the coach, what he’s given us is priceless, he’s the best player in history.”

On the other hand, Laporta’s recent comments may encourage Messi to stay at PSG, with the Argentinian forward previously saying he wanted to lift the Ligue 1 trophy and win the Champions League with the French club.