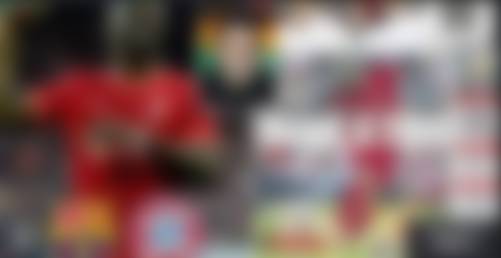 According to sources in Spain, Barcelona are trying to set up a move to the Nou Camp for the Liverpool star striker, Sadio Mane.

The Catalan club are looking to make a move for a world class forward, with Xavi trying to take the club back to being the best in the world with a squad rebuild. It is understood that the board of the club have their eyes set on trying to lure Sadio Mane to Barcelona.

The Senegal striker is one of the best forwards in the world, proving his class yet again this season for Liverpool. He has been one of the best players at Anfield, and is in the top three players being discussed for winning the most prized individual trophy, the Ballon d’Or. Furthermore, with just one year left on his contract, there are still no talks about his contract renewal being held.

With his deal about to enter its final 12 months, Mane is attracted to the idea of playing in the Spanish top flight should he be allowed to leave Liverpool in summer, according to Mundo Deportivo.

According to report, Sadio Mane believes that he will have a greater chance to win the Ballon d’Or if he is performing at Barcelona rather than in Anfield. Thus, he is quite open to going to the Nou Camp and trying a new challenge.

The board of directors at the club are aware of Mane’s willingness to move to La Liga and are exploring the possibilities of signing the star forward. They view him as a top player.

The new Barcelona manager Xavi has been very vocal that the team is in need of a revamp, and bringing in some of the best players in the world. It is necessary for the club to compete against Real Madrid in La Liga and the best clubs in the Champions League.

The Spanish publication report that Mane’s Liverpool team-mate Mohamed Salah was also on the Nou Camp chiefs’ radar but a move is considered complicated. The wages being asked by the Egyptian are too high for Barcelona to pay during their financial crisis.