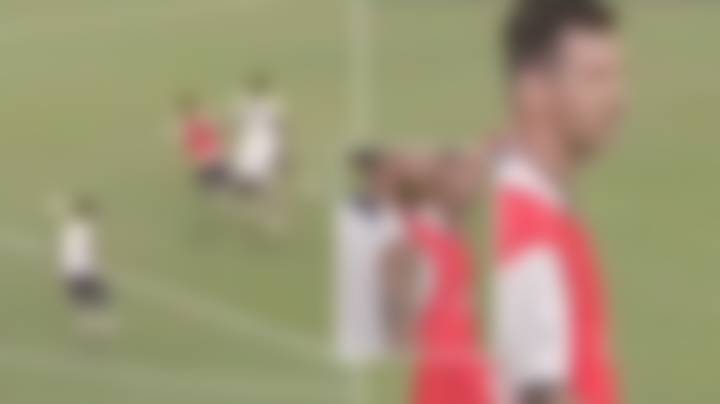 A video has been circulating online for the past few hours and Leo Messi can be found in an unpleasant mood in that video. It seems as though the former Real Madrid and Barcelona players are having a hard time getting along.

Ramos was never hesitant to use dirty tactics to try to stop the illustrious Argentine striker, thus Messi must have more than a few battle scars on his body from their El Clasico encounters. Throughout their tenures at Barcelona and Real Madrid, respectively, they were bitter rivals for a very long time.

On the other hand, Messi’s incredible talent made Sergio Ramos seem foolish several times. No matter how hard the Spanish player hit him, Leo Messi would quickly get back up and continue playing.

Now that the fierce rivals have become teammates, they have difficulty finding the rhythm to play together.

Prior to Monday’s preseason match against Gamba Osaka, PSG had an open training session on Sunday when Leo Messi and Sergio Ramos briefly went back to their Clasico days.

Messi used a delicate touch to skin the center-back before smashing the ball with his right foot into the bottom corner.

However, after slipping past Ramos, the South American was initially caught by the Spaniard’s extended boot.

Following his goal, Messi turned around and was seen arguing with Ramos. Check out the clip below:

As you can see in the video, the Argentinian didn’t look much pleased and can be found exchanging words with the Spaniard.

Did Sergio Ramos intend to graze his talented teammate?

Although several fans on social media have noted, that “old habits die hard,” it seems to be unintentional.