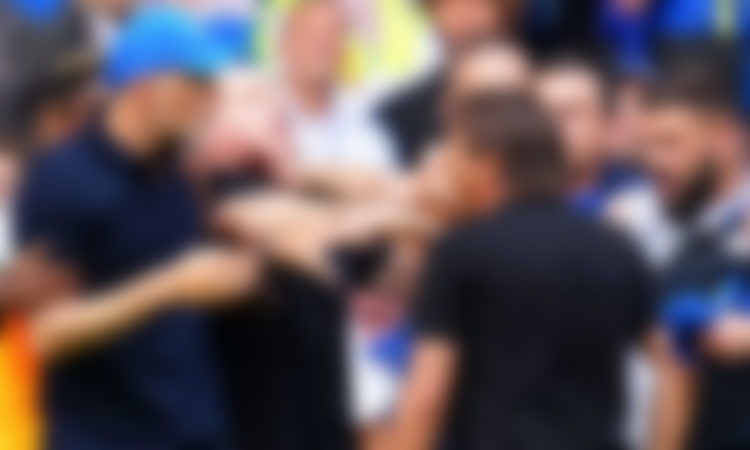 The Football Association has stated that Thomas Tuchel and Antonio Conte were charged with inappropriate conduct in Sunday’s 2-2 draw between Chelsea and Tottenham.

During the heated clash, the two managers came to blows and had to be separated at full time when a handshake escalated into a squaring-off match.

Thomas Tuchel and Antonio Conte were both shown a red card at the end of the game and now the FA has confirmed charges on both managers.

Tuchel is also being investigated for statements he made following the game in which he appeared to doubt the integrity of referee Anthony Taylor, implying that the 43-year-old should not be permitted to supervise Chelsea matches in the future.

When Pierre-Emile Hojbjerg equalized for Tottenham, Chelsea appealed for a foul on Kai Havertz as well as an offside on Richarlison, and Tuchel dashed through the Spurs dugout when Reece James put the hosts ahead again.

After Harry Kane’s 96th-minute equalizer, the points were split before Tuchel and Conte exchanged heated blows after the final whistle.

In their post-match statements, both seemed to make light of the event. Tuchel was asked after the game if Anthony Taylor should not take command of Chelsea matches, and he said:

“Maybe it would be better.

“But honestly, we also have VAR to help make the right decisions. Since when can players be pulled at their hair? Since when is that? And if he does not see it, I don’t blame him.

“I didn’t see it, but we have people at VAR who check this and then you see it, and then how can this not be a free-kick and how can it not be a red card? How?”

Antonio Conte later shared a story on Instagram with the caption:

Thomas Tuchel and Antonio Conte both have four days to submit their response.

The Football Association spokesman stated: “Thomas Tuchel and Antonio Conte have both been charged with a breach of FA Rule E3, following the Premier League fixture between Chelsea FC and Tottenham Hotspur FC on Sunday 14 August 2022.

“It is alleged that the behavior of both managers was improper following the end of the fixture.

“Thomas Tuchel and Antonio Conte have until Thursday 18 August 2022 to provide their respective responses.”

Thomas Tuchel and Antonio Conte will both be in action to play their respective matches during the weekend. Tottenham play Wolves on Saturday, while Chelsea go to Leeds the following day.