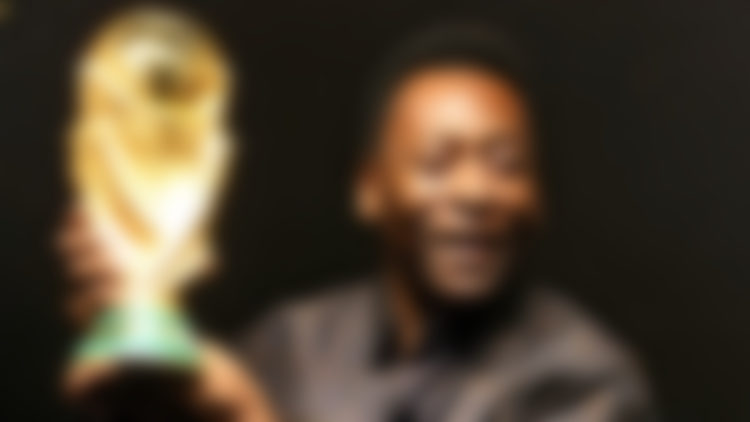 With the world of international football being so competitive, it is hard to imagine one team being dominant for more than a single tournament. Spain, Germany, and France have all had recent international and World Cup success, but their time at the top has been pretty short-lived.

Three of those World Cup titles came under the leadership of Pele – one of the greatest Brazilian soccer players of all time. We will be looking at the incredible career he has had today.

With the World Cup just around the corner, many people are looking for ways to join the fun. Be sure to read the best sports betting lines on the upcoming World Cup 2022.

Pele was born in Minas Gerais, Brazil in 1940. His father had played as a professional soccer player in his youth. However, Pele grew up very poor. As a child, he worked odd jobs to pick up extra money.

His father taught him how to play football, but they could not afford to buy a real football so they played with balled-up socks. He led the Bauru Athletic Club to two regional championships as a teen.

Pele was also a local indoor football champion as a teen. He enjoyed the game because it was new and it allowed him to play with adults, traditional soccer teams would not allow this. He credits this time for allowing him to develop his skills against tougher opponents.

In 1956, Pele tried out for Santos FC and was signed after just one tryout. He made his debut at the age of 15 and scored a goal in his first match, which Santos ended up winning 7-0.

Pele was on the starting team next season and became the top scorer in the league at age 16. This caught the attention of the Brazilian national team, and after winning two World Cups, every club in the world was after Pele.

His team was determined not to let him leave and the government even declared him a national treasure so that he would not go play for another country.

He then played two seasons with the New York Cosmos. With the Cosmos, he won the Soccer Bowl – the biggest prize in American soccer.

He ended his career with an exhibition match between Santos and the Cosmos. Pele scored the winning goal in this match.

Pele had the most successful international career in the history of soccer.

He won his first World Cup at age 16 and went on to win two more over his career. He scored a total of 77 competitive goals for Brazil in 90 matches. He is still the all-time leading goal scorer for the team.

Many sports historians believe that soccer came to be known as the “beautiful game” because of Pele.

After their loss in the final of the 1950 World Cup, the Brazilian team was desperate to regain the respect of the public.

They did just that in the 1958 World Cup. Pele scored six goals in four matches and was retroactively given the Silver Boot for the tournament. This was the first time Brazil had ever won the tournament.

Brazil won the World Cup again in 1962, this made it the second team to win the competition twice in a row. No team has done it since. Pele was injured in this tournament but played a key role in all the matches he did take part in.

Brazil went on to win the tournament, earning themselves a second star on their jersey. They beat  Czechoslovakia in the finals.

Brazil failed to make an impact on the 1966 World Cup, but came back with a vengeance in 1970. This World Cup took place in Mexico.

In this tournament, Jairzinho was Brazil’s top goal scorer, but Pele was second. It was Pele who was given a golden boot for the tournament, having set up or scored 53% of the team’s goals in that competition.

Brazil faced Italy in the Final. Brazil were the most prolific goal scoring team throughout the tournament and ended up winning the final 4-1. It was one of the highest scoring finals in World Cup history. After he retired, Pele was named the best player of the 20th century by FIFA.