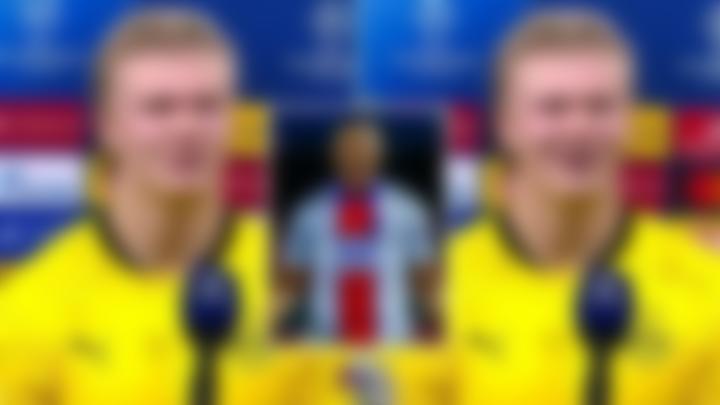 The era of Erling Haaland and Kylian Mbappe has officially begun. This could be a turning point in the history of football and the start of a new rivalry, which could go on to take over the rivalry between Messi and Ronaldo.

After PSG’s star striker Kylian Mbappe gave a tremendous performance and scored a stunning hat-trick against Barcelona at the Nou Camp, Haaland followed it up with a brace and an assist to lead Dortmund past Sevilla with the score at 3-2. One day, Kylian Mbappe was the star of the show and the next day, Haaland took over and gave a stunning display of his skills.

Erling Haaland has been on an amazing run of from recently. He has 18 goals in 13 games in the Champions League and has scored against every team he has faced. On the other hand, Mbappe has 5 goals and 3 assists in just 6 appearances. The electrifying performances from both Mbappe and Haaland has many believing that they are the future of football for years to come.

After the Champions League match against Sevilla, Haaland admitted that Mbappe’s performance the night before had motivated him.

“It was good to score goals,” Haaland said in a post-match interview. “I love the Champions League and when I saw Mbappe score the hat-trick yesterday I got free motivation, so thanks to him.

Below is a comparison between Mbappe and Haaland:

Do you think “Mbappe vs Haaland” is the new “Messi vs Ronaldo”?

Let us know in the comments!