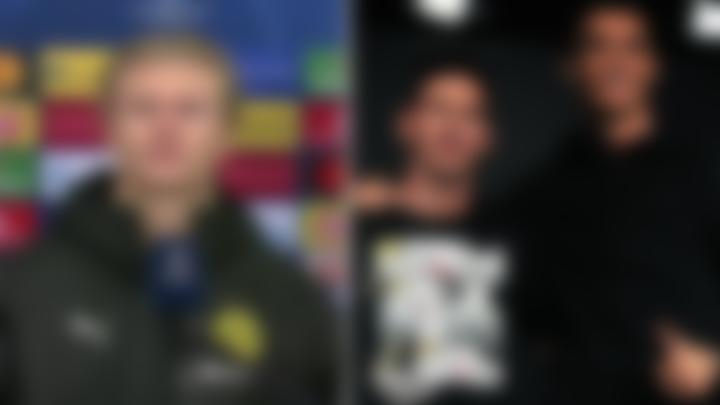 Haaland has also been breaking defenses down in the Champions League, becoming the fastest player to reach 20 goals in the premier competition in Europe. He achieved this record in just 14 games, considerably faster than Messi and Ronaldo – who took 40 and 56 games respectively. The difference is very considerable, but Haaland does not want to be compared to Messi and Ronaldo just yet.

“I think only of myself, to improve my game every day,” Haaland told Dagbladet.

“I don’t need to talk about Messi and Ronaldo, probably the best players in history. I still need a lot to reach them.”

Football fans all over the world are keeping a close eye on Haaland, and the young striker has grown quite a big following in such a short period of time. Many football fans think that the Norwegian striker can outscore Messi and Ronaldo if he keeps playing as incredibly as he already is.

Journalist Raphael Honigstein said: “He’s only played 30 months at this level, and he’s only going to get better. If you put him in a better team… I don’t know where this could stop. The stats are crazy, if he continues scoring at the same level he will outscore both Ronaldo and Messi, which seems absolutely crazy to contemplate, but he could do it!”

The great Arsenal and French Hall of Fame striker Thierry Henry was all praises for Haaland. The French legend had this to say about him:

“He doesn’t care, other players will go onto the wing, he wants to stay in the frame of the net, in between the two posts. He knows he’s lethal there.”

“He is so powerful, by the way, if you look at him, you think: ‘Oh, trouble.’ The way he finishes is just ridiculous. He believes so much in himself – I like that – there’s a bit of cockiness about him, you’ve got to be a bit cocky, you’ve got to look and people and think you can score.”