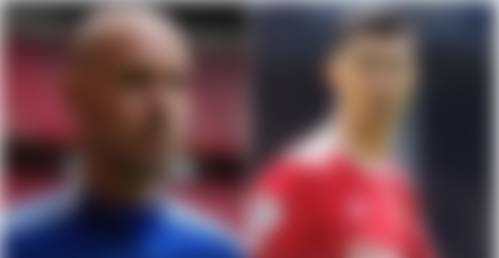 Erik Ten Hag, the reportedly new Manchester United manager has made it clear that Cristiano Ronaldo will not be in his plans for the squad in the next season.

The current Ajax manager and Dutchman is set to be announced as the new manager for Manchester United in the upcoming season. This comes after their poor season, failing to win any form of silverware and are most likely not going to qualify for the Champions League.

On the other hand, Cristiano Ronaldo had been handed a contract with mouth-watering wages for the next two years as the board wanted their star striker to continue at Old Trafford. The Portuguese superstar is, without a doubt, a fan favorite at Old Trafford. Thus, there are some difficult decisions to be made by the new manager as well as the board.

According to The Daily Star, Erik ten Hag wants Man United to get rid off Ronaldo as the player does not fit into his plans for next season and beyond. The Dutch manager does not want his tactics to revolve around the star striker.

Cristiano Ronaldo has divided opinion among the staff members. Since his much awaited return to the club at the end of last summer, Ten Hag thinks his 21 goals do not make up for what his presence in the side subtracts.

Earlier this month, Manchester United legend Wayne Rooney said that the signing had not been a success and that the club needed to build around younger players moving forward.

Trying to get Ronaldo to leave the club will not be easy and will be a very controversial decision among the fans. The Portuguese striker is well loved by every Man United fan. Apart from that, the striker will not be willing to give up his mouth watering wages.

On the other hand, there will be no shortage of offers from top clubs from around the world. However, it is doubtful that they will be able to match what he currently earns at Man United.