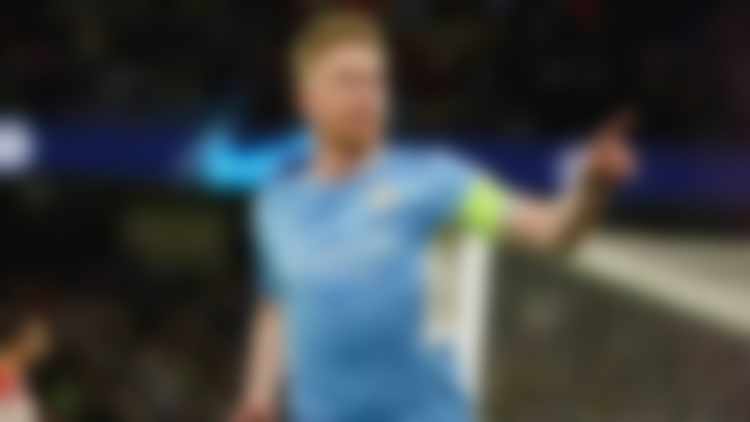 English dominance in the Champions League

Lately, Atlético have been praised for their regained ability to win back from solid defence, punish in counterattacks and dictate their terms to opponents without much control of the ball.  Returned “the same” “Atletico” kind of.  And Diego Simeone decided to play against Manchester City from tradition.  Especially remembering the tradition of Josep Guardiola, who is obsessed with ball control.

The result was a match of hypertrophied strategies.  On the one hand, City totally controls him, and on the other hand, Atlético is closed to all bolts and plugs.  Given the depreciation of goals on the road, Madrid did not particularly count on balls at the Etihad.  They came to keep their “zero”.  And it almost did.  The price of this, of course, was the complete absence of an attack, a few (on the fingers) transitions to someone else’s goal.  But Atlético carried out its plan for a long time.

It should be noted that Simeone was the first to make a triple substitution in the 60th minute.  But it didn’t change the essence of the game.  Although it made counterattacks a little more decent.  A triple substitution from Guardiola eight minutes later was more effective.  Foden spent less than two minutes on the field before giving a penetrating pass to De Bruyne, who scored.  And this goal was the only victorious.

After such victories and games, feelings and opinions are always contradictory.  There are many people who will say that City should have smashed and won more confidently.  But did the “citizens” have so many accurate shots.  And there are those who will say that Atlético could well have kept a draw – no one would have scolded him, because this is a tactic, taking into account the presence of a return home game and a sense of their own weaknesses and strengths.  Therefore, we agree that the intrigue before the return match has been preserved.  True, only if Atlético can do something else besides standing around and inside their penalty area.

On these figures it was possible to finish.  Moreover, thanks to the UEFA statistics service, Atlético got two shots, and even on target.  Many third-party resources, including authoritative ones, did not count a single hit attempt from the mattress toppers, or rather what could be called a hit.  Although the advantage of Manchester City could be more significant.

Here we must pay tribute to Atlético’s ability to close and barricade.  Only 15 shots and only two shots on target – this is very little for the level of dominance that City showed.  Here, the number of attacks carried out is even more revealing.  For the entire match, Atlético, taking into account far-fetched ones, had 15 of them (and only one (!) In the first half), while UEFA counted 86 attacks for Manchester City.  Never saw such a difference.  De Bruyne turned out to be the most hitting on the field, whose diligence and five shots did their job – he scored the winner.

Here, too, is a significant and expected advantage of “Manchester”. Two-thirds of the match the hosts owned the ball.  In the first half, the figure confidently exceeded 71 percent.  Total dominance and control resulted in other figures.  For example, nine out of ten passes from City players turned out to be accurate, while Atlético only had three out of four.  This comes from the fact that the “mattress” has chosen a deep counter-attacking model with rare and risky forward passes.  But City easily covered it all.  Thus, in just a game, Manchester made 635 accurate passes, and Atlético made 225. Also a huge difference, unprecedented at this level.  But the teams ran approximately equally – about 111 kilometers each.

Liverpool and Benfica are much more cheerful characters of football life than Manchester City and Atlético.  Therefore, one could expect something more dynamic and cheerful from them.  In general, it happened.  But the intrigue died much faster and more casually than in Manchester.  It turned out – that’s really a surprise – “Liverpool” is simply in a class above “Benfica”.  And that’s it.  It only remained to confirm this.  What Klopp’s wards did.

Throughout the first half, Liverpool mercilessly dominated and pushed as if it were City in a different form and with real attackers in front.  The Lisbon people did not raise their heads and thought that it would be better to let Ajax pass to this place.  (Although no, they didn’t think – the money is! But the feeling is unpleasant).  The result of the first half is 2-0 in favor of Liverpool and the feeling that somewhere they deceived and show not the quarter-finals of the Champions League, but a status pre-season tournament.

The beginning of the second half made a revival.  Benfica remembered their self-esteem and upped the pace.  Liverpool, who started to pack their bags, did not expect this and missed it – here Konate helped the Eagles, who made a gross mistake.  The intrigue returned and grew.  In any case, Benfica continued to escalate and create problems.  As in Manchester, the triple substitution decided everything.

Klopp sensed something was wrong and changed the style of the game by making a triple substitution.  The number of vertical and risky passes has sharply decreased, the Reds began to play City, simply controlling the ball and not giving it to Lisbon.  It worked because Benfica were exhausted and unable to build on the progress they had made.  And Liverpool not only competently brought the matter to mind, but also mocked, scoring the third with the efforts of Luis Diaz, whom the local public booed furiously throughout the game.  For more pain.

For clarity, another English dominator played a parallel game.  And at Liverpool it turned out to be more diverse and lively than at City.  But he also played away.  The “Reds” hit the opponent’s goal more often and much more accurately.  But Benfica also scored nine hits.  Although there were only four in the first half.

In terms of attacks, Lisbon looked statistically more profitable than Atletico – 30 attacks against 73 for Liverpool.  But it’s still a big fail.  Especially considering that Benfica played at home, while Atlético played their match away and worked for zeros.  Diaz and Keita turned out to be the most hitters in this game – four attempts each.  At Benfica, Nunez and Everton were beaten three times each – the most active guys from Lisbon.

The situation is almost identical to that observed in the game “City” with “Atletico”.  Here the “Reds” did not give the ball to the opponent.  The only difference is that in the second half, Liverpool only played more ball control for the sake of control.  But it was dictated by the score.  It was different for City and Atlético.  Otherwise, the similarity is great, and the percentages are comparable.  Even the number of gears.  Liverpool had 652 passes, while Benfica had 303. Except that the matches turned out to be different in terms of dynamics and run-in.  Lisbon ran 121.4 kilometers, and Liverpool – 119.3 kilometers, which is significantly more than in the game in Manchester.