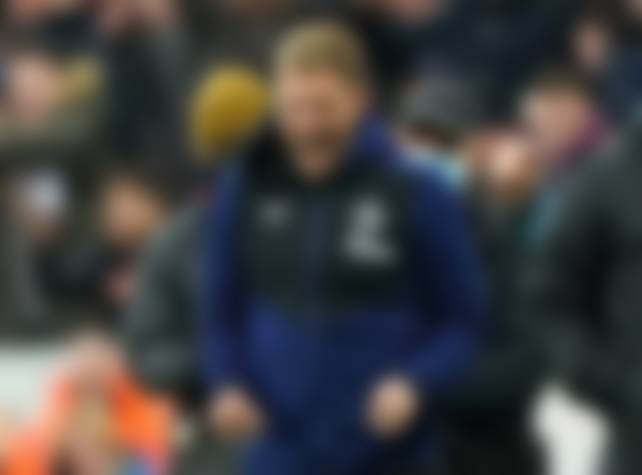 So far, we conclude that the club’s management made the right choice with the appointment of a head coach.  Under Eddie Howe, Newcastle United have 6 wins, 5 draws and 4 losses in the English Premier League in 15 games.  At the same time, the team has not lost in the Premier League since December 19 (lost to Manchester City 0:4).  Now Newcastle have gained a good pace (in the last 7 matches of the championship, not a single defeat), but the ending is ahead and the task has not yet been 100% completed.  It can be seen that Howe is changing the status of the club, now they are not outsiders.

Eddie’s philosophy is to keep his team playing attractive and not sitting on the defensive.  It was difficult at first, as Newcastle had a defensive model based on counter-attacks for several years.  It was not so easy to rebuild at the moment.  Steve Bruce is the coach with whom it was possible to solve the problem of “survival”, but no more.  Now, first of all, given a monetary impetus and a signal to the club’s players to try not to lose their place in the squad.

“I think the players need to understand that we are playing as a unit.  When we win, everyone who is connected with the squad wins, including the reserve guys who are not included in the squad.  Everyone wins.  If you can get that collective message across to the players, then I think there is a chance of success in the long run.  It makes everyone think and put their personal ambitions aside for the good of the team,” Howe says.

The Englishman is demanding of himself and his wards.  Under Howe, Newcastle players began to play at a faster pace, as he always paid a lot of attention to physical training.  The team began to put more pressure.  In terms of PPDA (pressing intensity) in the 2019/2020 and 2020/2021 seasons, they were the worst, as in this championship before the arrival of Eddie.  Now the situation is improving: after the 28th round of PPDA – 13.53 (18th result).  They want to get the ball back faster in order to have more control of the game, and not wait for an opponent in their own half of the field.

Can give results without Saint-Maximin and Wilson. Unleashed Joelinton’s potential in another position❗️

Newcastle is trying to be more cohesive upfront and less dependent on the individual skill of individual players.  Although there is someone to show him, Allan Saint-Maximin is by a wide margin, leading in the league in the average number of dribbling actions per game (4.5).  In the formative stage of a combination game, it is good that there are such players who can sharpen the game, but it is better that they complement the overall structure of the attack, and not stand out as its strongest side.

In part, Howe succeeded, Newcastle recently had a worthy two matches without the Frenchman: in the 26th round a draw against West Ham – 1:1, in the 27th round a victory over Brentford – 2:0.  After the Brentford match, Howe said: “We’re missing some really great players, but the team is strong enough to deliver results in their absence.  This is a good sign for the future.”  The Englishman was also referring to the injured Callum Wilson, who is the team’s top scorer with 6 goals.

In the shortest possible time, Eddie managed to resolve the issue of dependence on two key players of the club, as well as reveal new qualities of other players.  The most striking example is Joelinton.  A new role for the Brazilian, who moved as a £40m centre-forward in the summer of 2019 to score goals and now plays in a left-hand three in a 4-3-3 formation.  Howe relied on the Brazilian’s performance, his physical data, and his ability to conduct martial arts.  The Englishman made the right decision, first using Joelinton in the line between attack and midfield, where the Brazilian did a lot of work, helping defense and attack, then he fixed him deeper, realizing how well he was doing.

Joelinton went to this role systematically.  Steve Bruce has used him on the left flank this season, but not as deep as now under the new coach.

In the game against Watford under Steve Bruce:

In the game against West Ham under Eddie Howe:

Defensive statistics of Joelinton in the Premier League (per game):

“His understanding of defensive moves and tactics is very good, he does everything we ask him to do,” Howe says of Joelinton. “I think I said in an interview the other day that if you say something to him once, it will stick to him.”.  You don’t have to tell him over and over.  In addition, his technical ability, which you can be sure of, is very, very high, and of course, he knows how to score, given the experience of the center forward.  This was manifested in the match with Brentford.

Howe skillfully integrates newcomers, but makes it clear that expensive players are not guaranteed a place in the base❗️

It is noteworthy that the most expensive player of the winter transfer window for Newcastle, Bruno Guimarães (bought from Lyon for 50.1 million euros), could not gain a foothold in the first team. “He is a creative, smart footballer.  He chooses the position well, constantly demands the ball.  He will need time to adapt.  This championship has the highest speeds in the world and needs to adapt to the high pace in a short time,” said Eddie Howe.

Other newcomers have experience in the Premier League.  Now the coach does not have time to build up, so he uses methods that work effectively.  But potentially, Guimarães is a very strong player.  And Kieran Trippier joined the roster the most qualitatively: the Englishman gave the necessary technical skills, strong standards, and understanding of the game at the top level.  In four matches played for Newcastle, Trippier has never scored below 7.5 (Data: Whoscored) and has also landed a couple of free-kicks against Everton and Aston Villa.

Unfortunately, Kieran suffered a fifth metatarsal injury and may not play this season.  Despite a serious injury, the Englishman supports the team at matches.  His place on the field was taken by Emil Kraft.  The Swede is not such a stellar and technically savvy player, but quite disciplined.  He was backed by Fabian Sher and Joe Willock, who are now fit and have a strong stint.  Speaking of how painlessly Howe changes players: with Kraft on the field instead of Trippier, the team also looks decent.

Able to achieve results in spite of circumstances❗️

The most important quality that an experienced coach with a combat team can give, and now this is what you need.  Let’s take a look at the following matchups:

1) Round 14: draw with Norwich 1:1, where the Howe team, playing in the minority from the ninth minute, managed to rebuild and take the lead.

2) Round 23: away win over Leeds United 1-0 with Jonjo Shelvey’s free-kick.  Although Leeds had better statistics on the creation and in general they led the game.

3) Round 24: home win over Everton 3:1.  Newcastle conceded first, and in an offensive way – after an own goal.  But then they bounced back a minute later with the efforts of Jamal Lascelles, who scored before that into his own net.

Newcastle management’s decision to appoint Howe as head coach of the team can already be considered correct.  We can already say that Eddie has kept the team in the Premier League.  Newcastle plays attractive football with him.  Taking into account the possibilities of the new management, the team will notably strengthen in the summer.  So, at this pace, Howe and the company will be able to aim for European Cup places next season❗️