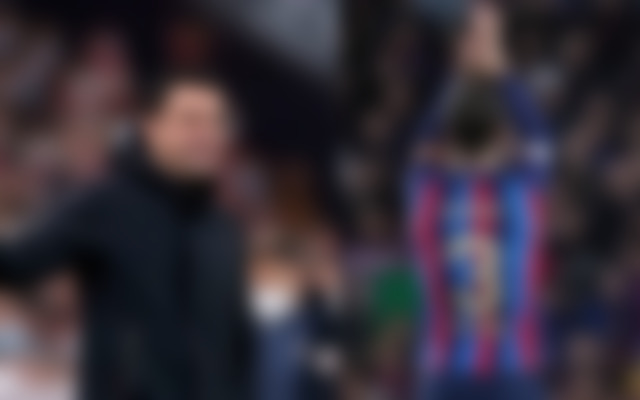 Due to Gerard Pique’s retirement, Barcelona may revisit their interest in Manchester City midfielder Bernardo Silva. This would be a very improbable opportunity for Barcelona to take advantage of

According to SPORT, Barcelona is planning to make a move for Bernardo Silva in the winter transfer window after they were unable to come up with the necessary amount to acquire the player in the summer. The Portuguese playmaker has been an essential member of Pep Guardiola’s team since the beginning of the project. It is anticipated that the current English champions would put a stop to his transfer in the middle of the current campaign.

The 28-year-old player decided to stay at the Etihad Stadium despite the numerous rumors that circulated throughout the summer. He has been one of the most important contributors to Manchester City’s ability to stay in the championship battle. To this point in the Premier League season, Silva has appeared in every game. In addition, he is one of Pep Guardiola’s trusty lieutenants, along with Kevin De Bruyne, in whom the manager has complete faith.

2017 was the year that the player graduated from the Benfica academy and moved to England. And with the exception of the defensive formation, Silva has been used in every other formation, demonstrating his adaptability on several occasions.

Gerard Pique, a former defender for Manchester United, has declared his intention to retire with immediate effect. As a result, Barcelona will terminate his contract, which would result in a significant reduction in wage bills at Spotify Camp Nou.

What’s next for Barca?

As a result of Pique’s decision, the Catalan giants now have the financial resources to make at least one high-profile signing in January. In addition, a transfer for Bernardo Silva has been given top priority. The 28-year-old has the ability to pull some neat tricks out of his sleeve, which is exactly what Barcelona is looking for in a player who can energize their offensive output on the field.

Given the fact that Manchester City is now contending on all fronts, it will be a tremendous effort for the Blaugrana to persuade the English champions to allow a transfer of their player. It is widely thought that Xavi, the manager of Barcelona, is a big admirer of the Portuguese playmaker, and the manager will have a meeting with the higher-ups at his club to discuss the prospect of getting the playmaker’s services. The club is also discussing the possibility of extending Silva’s contract.

It’s possible that Manchester City may want an absurdly high sum if Barcelona tries to sign them. However, the Catalan club could be able to exploit their link to make a deal with Guardiola more appealing. Any deviation that is even somewhat feasible will need to be adequately compensated for. And City will not agree to a leave unless they are certain that they will get a sizeable pay combined with the appropriate sort of replacement within the allotted amount of time.