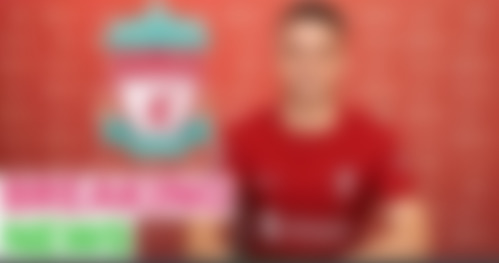 Diogo Jota has extended his contract with Liverpool FC for the foreseeable future. The 25-year-new old’s contract is believed to last until 2027.

Following the departure of Sadio Mane to Bayern Munich, Jota joined teammate Mohamed Salah in signing a new contract with the club this summer. The lucrative contract is a reward to Jota because of his incredible performances for Liverpool.

Since moving to Liverpool from Wolves in the summer of 2020, he has scored 34 goals in 85 appearances for the club. Jota contributed 29 goals in 2021–2022, but his preseason participation was limited by a hamstring injury, which also delayed his preparations for the new season.

Diogo Jota Expresses His Joy In An Interview

While talking in an interview after signing the contract extension, Diogo Jota expressed his joy to be a part of the squad.

“Obviously since I arrived two years ago I established myself as an important player in this team – that’s what I wanted from the beginning.

“Now, signing a new long-term deal, it’s obviously from the club’s perspective proof of the belief in myself as a player. For me, obviously, it’s really good to establish I’ll be here for a while.

While talking about his injuries, Diogo Jota expressed his motivation to return to full training as soon as possible.

“Unfortunately for me, I had an upset in this pre-season because I got injured [in the] last game of the season playing with Portugal. So I was coming back in this pre-season, and I felt it a little bit again. So it will be a few more weeks, I would say.

“When you fight for everything like we did last year, you just want to do it again and to do it better, because it’s possible.

“That drive is in me and I know it’s in my teammates and all the staff. We have everything to fight for those titles out there.”

Manager Jurgen Klopp expressed his delight at Diogo Jota signing a lucrative contract extension with Liverpool. The Portuguese international has played a crucial part in the recent Liverpool success.

Following star Mohamed Salah in signing new contracts at Anfield this summer, the 25-year-old’s boss was undoubtedly ecstatic to hear the news.

“His qualities are obvious. He scores goals – not a bad quality – he works unbelievably hard for the team, his pressing and counter-pressing are on an unbelievable level, he can play in all of our attacking roles and he has an incredible attitude. Not a bad package. Not bad at all.

“As a striker who can play on the wing, he gives us so many options and since he came to Liverpool he has improved so much.

“I have said before that Diogo Jota is the player we hoped he would be but also a little bit better, so long may this continue.”

It’s great news for Liverpool fans that Diogo Jota has signed a new contract with the club as he has been a great signing for the Reds.