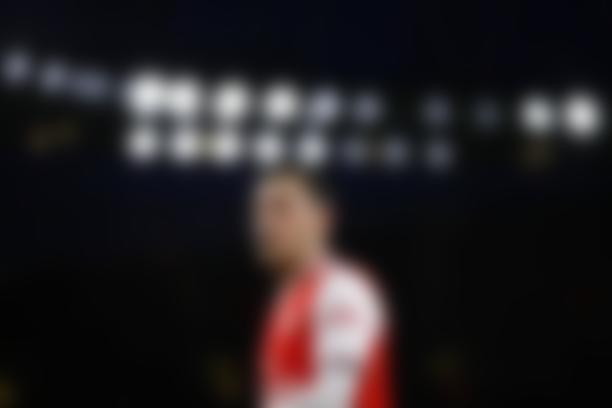 The World Cup winner will see his Arsenal career end with a whimper as his transfer to Fenerbahçe is reportedly to be sealed on Monday.

It is perhaps one of the biggest footballing stories of recent memory, Mesut Ozil and his Arsenal career. It started with such promise under Arsene Wenger however there was a common theme when it came to the former German international.

When the Gunners played against the weaker sides in the Premier League, Ozil flourished. Dominating and dictating matches but when it came to the big boys of the league, he was barely sighted during the match. That was if he even played.

During the last days of Arsene Wenger’s tenure, Ozil was in and out of the side with “sickness”. Now we simply have to take that at face value however whether or not he was unwell, only he and Arsene Wenger will know as the timings of it were rather strange.

The problems really started under Unai Emery. The new Gunners boss simply could not get the best out of him. For whatever reason, it is just looked like he was not interested and for the club’s biggest signing in recent memory many Arsenal fans demanded more from the attacking midfielder.

The situation really came to a head with the arrival of Mikel Arteta. At the start of the Spaniard’s reign as Gunners boss, Ozil was involved in the squad however post Covid he was frozen out. We will most likely never know the real reason unless someone goes public, but it is a sad way for a player who clearly has so much talent to be left rotting on the bench.

Despite his enormous wages, Mikel Arteta refused to play him, citing “football reasons” as to why the German was not included in both the Premier League and Europa League squad lists. It does seem strange to leave a player of Ozil’s quality out of the squad completely, especially when he is the club’s best midfielder, well as at least many fans thought so and with Arsenal’s lack of creativity evident in matches.

It does seem that the decision to leave freeze out Ozil was a board decision and Arteta was just following orders from the higher-ups, rather then the coach making the decision on his own.

When it comes to Mesut Ozil, he is a luxury player, and at this stage of Arsenal’s development, they can not afford any passengers in games, which Ozil was at times. However with Arsenal’s lack of creativity surely he could have been useful right?

With the amount of money he is on, once it was clear he would not be leaving in the summer, the right move seemed to try and get the best out of him for the next six months to a year. After all, he will still get paid whether he played or not, so it only seemed logical to play him while he was still at the club.

Unfortunately, it did not pan out that way. It was a cruel and disappointing way for Ozil to end his Arsenal career, with his only involvement coming in training sessions. It has had an impact on the squad with several members said to be annoyed at the situation but perhaps now, as it seems he will be on his way and order can be restored to the Arsenal locker room.

It would have been nice to see Ozil get the chance to say goodbye to the fanbase however sentiment is something that is now lacking in football and he will jet off to Turkey to complete his deal in the coming days. It was a sad way for it all to end but speaking to numerous Arsenal fans, they are happy to finally put this long-running saga behind them and move forward.

It started with unbridled fanfare when his signing was announced, and it finishes with Ozil never really hitting the heights expected of him. His talent was undeniable however that talent was rarely seen consistently for the Gunners faithful.

Overall Mesut Ozil’s legacy at Arsenal will be one of underachievement, partly down to him and the Arsenal board as they failed to put quality players around him. He showed flashes of his brilliance when he wanted to and now his Arsenal career is ending with a whimper, no appearances, and no farewell.

Even Gunners legend Martin Keown stated that “it is sad that a player of that ability has not been able to finish his career in the right way at Arsenal”.

It is truly a disappointing way for a player with immense talent to finish off what should have been a long and successful career with the North London side.