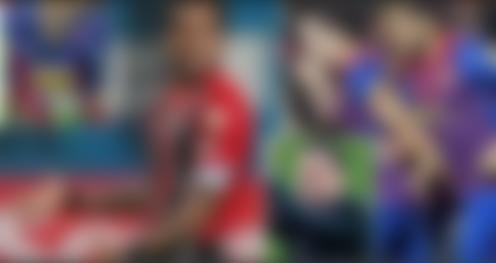 Dani Alves will make a sensational comeback to Camp Nou according to Diario Sport, who say the 38-year-old Brazilian will be presented as the club’s new signing next week pending a final meeting between club and player.

Alves had offered his services to Barcelona as a free agent but the club, in particular Ronald Koeman, had knocked back the chance to resign the Brazil international with the emphasis on youth moving forward under new coach Xavi.

But Sport’s Albert Roge claimed on Friday that new coach Xavi has now backed the signing.

Barcelona published a statement announcing Alves’ return, which read: “FC Barcelona and Dani Alves have reached an agreement in principle for the player to join the football first team for the remainder of the current season.

“The Brazilian will be joining training from next week but will not be able to play until January.

“The club will announce the full details at his official presentation as a new FC Barcelona player.”

Recently, in an interview, the Brazilian star said:

“If Barca think they need me, they just have to call me. I still think I can contribute anywhere, but more at Barca because of the number of young players that they have now.”

Even with Xavi’s green light, wages could be a problem but Alves has told Barcelona he is well aware of the problems the club have with their salary cap and is ready to be the lowest earner in the first team squad.

Xavi inherited a squad from Koeman that already includes right-back options such as Sergino Dest and Sergi Roberto.

Barca have however been struggling for consistency and another experienced head alongside Gerard Pique, Jordi Alba and Marc-Andre ter Stegen would not go amiss.