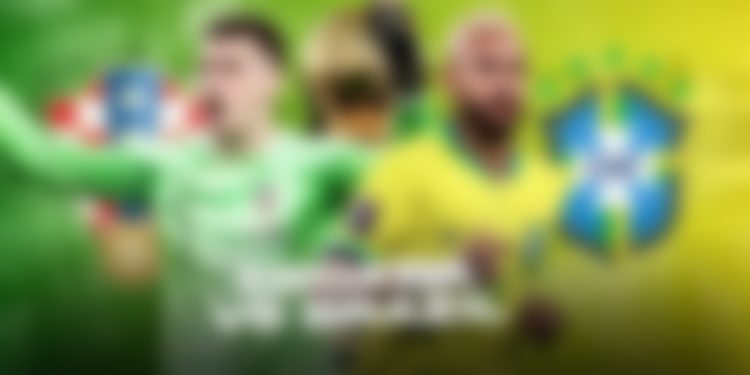 Croatia vs Brazil, FIFA World Cup 2022: Where to watch?

Borna Sosa, who missed Croatia’s victory over Japan with sickness, is expected to return and might replace Borna Barisic at left-back, while Josip Stanisic, who missed the match with a muscle injury, is still questionable and will be evaluated before the game.

Luka Modric, Marcelo Brozovic, and Mateo Kovacic are all anticipated to start in the middle for Dalic on Friday; they are all only one yellow card away from suspension, along with Ivan Barisic and Dejan Lovren, so Dalic is unlikely to make many changes to his starting lineup.

In fact, Lovren and much sought-after prodigy Josko Gvardiol will maintain their combination in the back line, while Marko Livaja and Ante Budimir will compete to replace Bruno Petkovic in the starting lineup. Meanwhile, both Perisic and Andrej Kramaric are set to return to action on the wings.

Injuries to Gabriel Jesus and Alex Telles will keep them out for the remainder of the World Cup for Brazil, while Tite has said that Alex Sandro is still recovering from a hip injury and is not expected to play.

Therefore, Sandro’s colleague Danilo will keep his spot at left back for Juventus with Thiago Silva, Marquinhos, and Eder Militao.

Among the three Selecao players (Militao, Fred, and Bruno Guimaraes) who are one yellow card away from missing a possible semi-final battle, the latter two are anticipated to start again on the replacements’ bench, with Casemiro and Paqueta favoured by Tite to start in centre-midfield.

After starting and scoring against South Korea despite nursing an ankle injury, star forward Neymar is expected to keep his spot in the starting lineup between wingers Raphinha and Vinicius Junior, with Richarlison taking the lead in the forward position.

Brazil feels confident after their quarterfinal victory over South Korea, but Friday’s match against Croatia, a team with previous experience in the tournament’s latter stages, may not be a stroll in the park.

While Croatia has been able to frustrate many opponents on the largest international stage, they may find Brazil to be too much to handle in this year’s quarterfinal matchup.