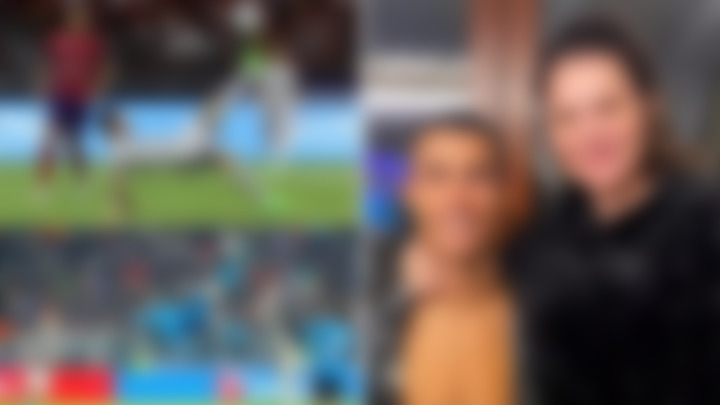 Cristiano Ronaldo’s sister is under criticism after liking and commenting on posts mocking the incredible bicycle kick goal by Lionel Messi last night against Clermont Foot. Fans are accusing her of being obsessed with her brother’s arch rival.

Lionel Messi stunned the world of football and was all over every social media page after bagging an impressive acrobatic effort in Paris Saint Germain’s 5-0 victory against Clermont Foot in the Ligue 1. The goal was so amazing that it even prompted fans of the opposing team to chant his name at the Gabriel Montpied Stadium. It was the Argentinian forward’s second goal of the match, and he also provided an assist for Neymar.

However, not everyone was as impressed with Lionel Messi’s performance.

A Ronaldo fan page on Instagram, cr7.o_legendary, mocked Messi’s goal and compared it to the Portuguese striker’s iconic bicycle kick for Real Madrid against Juventus in the Champions League in 2018.

With a picture of both goals in action side-by-side, a caption reads: “One is a pull and the other is a bicycle. One is in the French Championship against Clermont and the other is in the knockout stage of the Champions League against Juventus. In one, the player puts his hands on the lawn, the other foot also and it would barely be possible to put a mattress between his body and the field, while the other has his body completely outside the lawn and the space between his body and the field. it’s so much that the player in the top image would fit and if he hesitated, there would still be a little left hahaha. Never compare…”

Ronaldo’s sister, Katia Aveiro, liked the post before commenting on it with a series of clapping emojis.