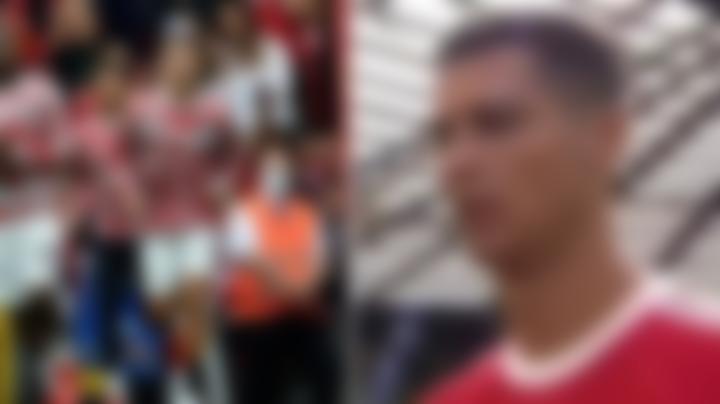 Cristiano Ronaldo’s return to Manchester United could not be more perfect, but it’s somehow made even better by Peter Drury’s commentary. Peter Drury is one of the best commentators and knows how to make a match more interesting and memorable through his commentary.

Every person in the sporting world was excited for Cristiano Ronaldo’s return to Old Trafford. There was plenty of excitement in the build up to the game, with a record breaking £187 million in shirt sales showing just how big the game against Newcastle United was for Ronaldo fans.

There was a huge applause from the home fans as Cristiano Ronaldo entered the pitch along with his teammates. While the match wasn’t aired on television in the UK, it was shown around the world and Drury was the man on the mic for one particular channel. The entrance was stirring but it was made even better by commentator Peter Drury, who is well known for his epic speeches that capture the moment.

The poetry from the commentator didn’t end there. He also went on with his epic choice of words at both the goals scored by Ronaldo.

“Was there a day more utopian, more utterly ideal in the recent life of Manchester United,” he said on commentary, “Ronaldo rose to it, Fernandes decorated it, and Lingard finished it in style.”

“I didn’t expect to score two goals,” Cristiano Ronaldo said in the post-match presentation. “I expect one but not two. I have to appreciate the fans and what they did to me today. I feel so proud for that.

“The most important thing was to win and to win games. Manchester [United] needs to be where they deserve. It is to win, to build the team and build the club and the mentality.