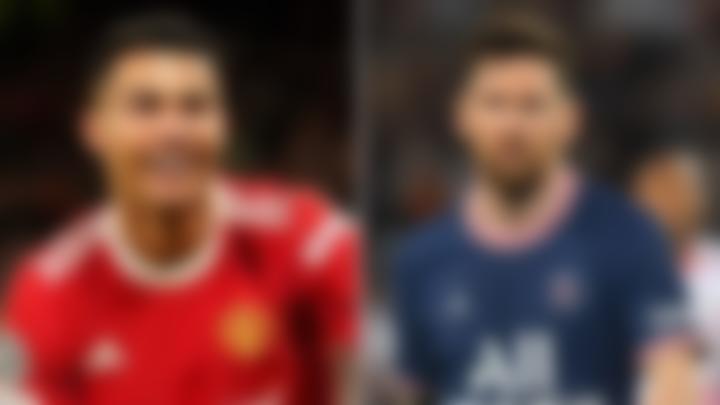 Cristiano Ronaldo and Lionel Messi are the holders of almost every record in the sport of football. The legendary duo share just about every goal scoring record there is to win in European football, whilst also winning a combined 11 Ballon d’Or awards over the past 15 years.

The numbers battle between them is one for the books. The most recent record battle between the two heavyweights of footballs is their Champions League goals – specifically goals scored against differing opposition.

After a brace for PSG against RB Leipzig in Tuesday night’s 3-2 win, Lionel Messi scored against his 38th different opposition in the competition, putting him level with Ronaldo.

However, Ronaldo was not gonna let his record be overtaken. He hit back just 24 hours later, scoring against Atalanta – who are the 39th Champions League opponent that he’s netted against.

Cristiano Ronaldo and Lionel Messi showed everyone the legendary level they are at this weekend. Both men helped drag their sides back from the brink after going behind early in their respective Champions League matches.

In Messi’s case, PSG found themselves 2-1 down heading into the final hour of play, only for the Argentine to slot home an equalizer, followed by a ruthless panenka penalty.

Ronaldo and Manchester United meanwhile, had an even bigger task on their hands. Atalanta held a 2-0 advantage at halftime. Marcus Rashford and Harry Maguire scored to make the charts even before Ronaldo added yet another Champions League goal to his record with 10 minutes to go – his first in the competition against Atalanta.