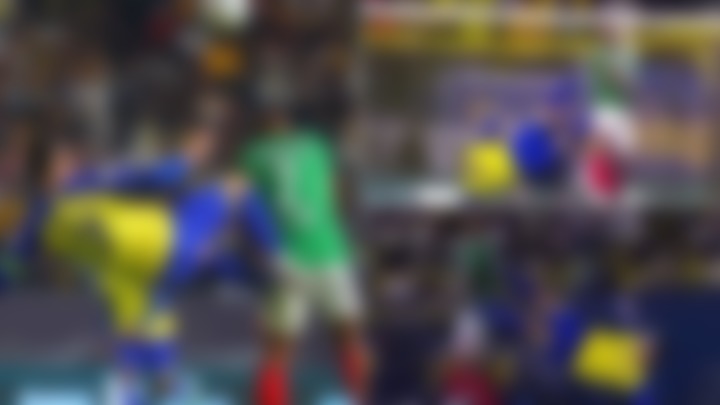 Cristiano Ronaldo is being slammed for a shameless Instagram post where the photo doesn’t quite tell the full story. Some of his followers could have been led astray by his most recent Instagram post into thinking he had reenacted one of his most well-known scenes from his Al-Nassr debut.

The Portuguese striker made his debut for his new club Al Nassr on Sunday. He failed to get on the scoresheet in a 1-0 win.

There was a moment in the game where he went for another spectacular overhead kick but got it all wrong as he only managed to make contact with a defender instead of the ball. However, that did not stop Ronaldo sharing a picture of the acrobatic attempt after the game. 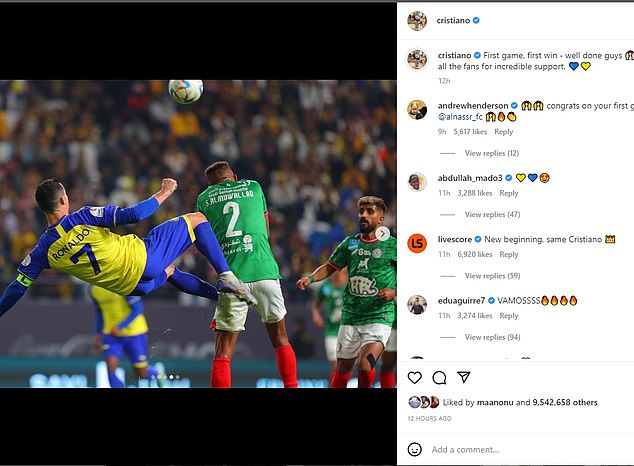 The picture that Cristiano Ronaldo posted was not quite portraying what really happened.

See also  WATCH: How Lionel Messi’s left foot was immortalized in gold and is now WORTH $5.25 MILLION

You can watch below to see what actually happened:

Reacting to the post, one fan wrote: “So Ronaldo hurt the guy with a failed overhead kick and still went ahead to post it? No way.”

While another said: “This was a failed overhead kick that slammed the defender’s head but he still decided to post it as one of his highlights of the night after being one of the worst players on the pitch.”

Despite not being able to score, Al Nassr manager Rudi Garcia liked what he saw from his marquee signing on his debut.

“It’s a positive addition when you have a player like Ronaldo as he helps to distract the defenders, which is what happened with our goal,” Garcia told reporters.

“Today we created opportunities for him and asked the players to diversify the game between him and Talisca, and we must not forget that he participated in the (exhibition match against) Paris St Germain and did not get enough rest.”

See also  BREAKING: Neymar Jr. has been told to LEAVE Paris Saint Germain due to the club’s enormous wage bill

“Even with the presence of Ronaldo, it is not easy to win the Saudi League because of the strength of the competitors.”