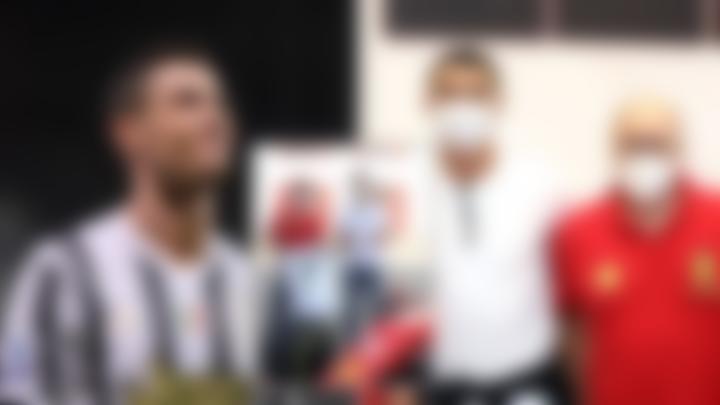 It is being reported that the Juventus superstar has angered his teammates after missing a training session to buy a Ferrari.

According to a report from AS, he missed the Juventus team training session on Monday due to his devours with the Ferrari dealership. Juventus are still in the hunt for a spot in the next season for the UEFA Champions League. They beat Sassuolo on Wednesday evening and still have a shot at the UCL spot.

However, after their humiliating defeat to AC Milan, a training session was called next day. Cristiano Ronaldo did not make it to the training session. The superstar was given a day off to collect his new £1.4 Million Ferrari Monza straight from the manufacturer. Ronaldo was accompanied to the Ferrari dealership by the club president Andrea Agnelli.

Most of the players at the club were concerned at the situation because they were not given a day off compared to Cristiano Ronaldo. It’s believed the team do not see Ronaldo as a leader on the pitch and his reaction to things not going his way is negative. His performance is also not up to mark as his teammates would have hoped for in such a difficult situation.

A few months ago, there were rumors that the Juventus superstar was being given special treatment by the manager Pirlo and his staff.

“I treat him like I treat all the other players,” Pirlo explained. “I’m always available on and off the pitch. It’s easy to have a good relationship between humble people. I’m like that.”

There are also speculations that Ronaldo will leave the club if they do not make it into the Champions League as he does not want to play the Europa League at all.

Do you think Cristiano Ronaldo will leave Juventus?