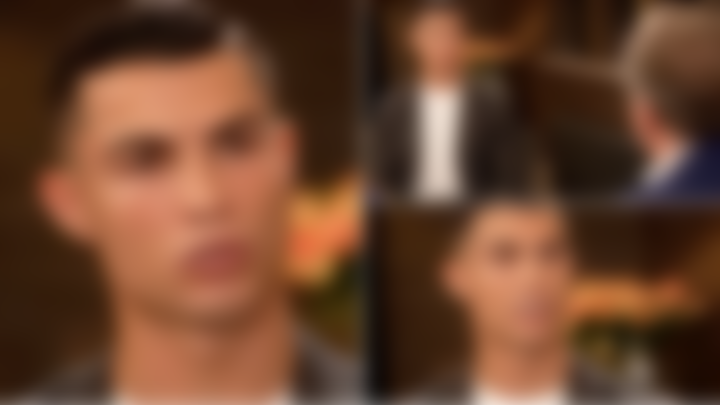 Cristiano Ronaldo has finally spoken out in an explosive interview with Piers Morgan. The Man United striker blasted Erik Ten Hag and his club, saying he felt betrayed by his own club.

Ronaldo accused Ten Hag and Man United executives of trying to force him out of the club. He said he has no respect for the Dutch manager, as he felt betrayed by him.

There is no doubt that the Portuguese superstar is going through a tough moment in his career. The five-time Ballon d’Or winner has been struggling to find his form and has thus been left out of the playing eleven by Ten Hag more often that not.

On Ralf Rangnick he said: “If you’re not even a coach, how are you going to be the boss of Manchester United? I’d never even heard of him.”

When asked why his former teammate Wayne Rooney has been criticizing him so much lately, he said:

“I don’t know why he criticises me so badly . . . probably because he finished his career and I’m still playing at high level.

Cristiano Ronaldo also said that he felt the club was not moving forward with time and were rather at a standstill.

“The progress was zero. Since Sir Alex left, I saw no evolution in the club. Nothing had changed. I think the fans should know the truth. I want the best for the club. This is why I come to Manchester United. But you have some things inside that don’t help (us) reach the top level as City, Liverpool and even now Arsenal . . . a club with this dimension should be top of the tree in my opinion and they are not, unfortunately.”