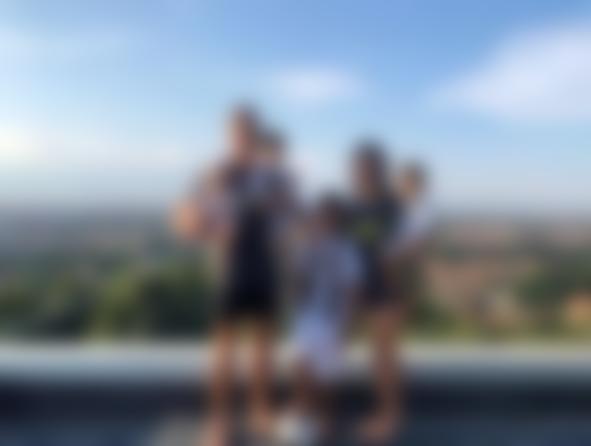 In his career, Cristiano Ronaldo is arguably one of the best football players this great sport has ever graced. The great things Ronaldo has done on the pitch, he deserves a great house or houses. Today we take Cristiano Ronaldo house tour and look at the images of the house.

Cristiano Ronaldo has been at Juventus for merely two years but his heart still lies in Spain as indicated by his recent house purchase in Spain’s amazing Costa Del Sol coastline.

Cristiano Ronaldo reportedly bought this mansion for around $1.4 million. The house was built by Otero Group, a luxury villa developer. Otero group is known for building their villas with all modern facilities. So it is clear that Ronaldo’s villa contains all the modern features like LED driveways, built-in Home Theatre, etc. The amount might be nothing to Ronaldo as he is the highest-paid footballer in the world with a net worth of around $109 million.

The front door of Ronaldo house in Italy is just similar to the one house he owns in Madrid, with his trademark “CR7” emblem on the entrace.

CR7 house in Turin also has a swimming pool which comes with no surprise.

Cristiano Ronaldo also has his own Gym in his house in Italy where he works out quite often. Ronaldo also teaches his children about workouts.

The construction of this real estate masterpiece finished last year, four years after the Portuguese star bought the warehouse located there.

Ronaldo house interior in Spain is just beautiful if you look at it. The 5 time Balon d’Or winner owns a house in Madrid Spain which he reportedly bought for $6.2 million.

A look at the lounge of Ronaldo’s house interior.

Here’s some pictures of Ronaldo’s backyard where you can see a small swimming pool as well as a small football pitch where he trains sometimes.

Cristiano Ronaldo blessed us with his house tour in a YouTube Video by the Player’s Tribute Journal. The 5 time Balon d’Or takes us around his house and shows the Ronaldo house interior.

Ronaldo house address in Madrid is located on Google Maps.

Cristiano Ronaldo’s house in Marbella, Spain cost him around $1.4 million as reported by various sources.

CR7 house in Madeira cost him a whooping $8 million.

Ronaldo’s house in England, also known as Alderley Edge Mansion was purchased for a whooping $6 million in 2006 when he played for Manchester United.

Cristiano Ronaldo’s old house was very tiny and messy. The Portuguese’s sister revealed that their family grew up very poor and used to live in a very small house in Portugal when they were children.

Lionel Messi and Cristiano Ronaldo are two of the greatest players of the generation. They are also two of the highest paid football players on the Earth so there is no surprise that both Messi and Ronaldo own huge mansions.

Lionel Messi lives in a small town called Bellamar, which is located in Barcelona a few kilo meters away from Nou Camp. Messi reportedly bought this house for 1.8 million euros in 2009.

The interior is also decorated in the Mediterranean style – it has the light walls, as well as wooden floors. As its indicated, Messi prefers the light pastel colors, because the color scheme of the house is brown and beige and the floors are beige, while the furniture is brown. Sofas in the house are mostly dark gray and dark brown. The house also has a gym, where Messi can always do workout sessions. It also has a terrace on the outside, which includes a barbecue and dining area.

The beautiful house is surrounded by the beautiful garden. Messi likes spending time with his family in the garden, including his beautiful wife Antonella and his children Thiago, Mateo and Cyrus.

Cristiano Ronaldo lives in Madrid as well as Turin. Ronaldo own’s a very stylish house in Madrid which he purchased for 4.8 million pounds. The house has a total of seven bedrooms and eight bathrooms. It also contains a trophy room, where CristianoRonaldo puts all of his trophies that he earned during his hard working career.

The Portuguese lives in this house together with his girlfriend Georgina Rodriguez and his children Cristiano Junior, Eva and Matteo, and Alana Martina.

Cristiano Ronaldo also owns a big seven-storey house in his home city Madeira in Portugal. The house is very beautiful and it overlooks the Atlantic ocean. This house cost Ronaldo a whopping $8 million.

As for the color scheme, Ronaldo has opted for a modern black, gray, cream and white palette, with couches in a sand hue, monochrome cushions and gray walls and carpet. There is also a black marble-topped side table with a large house plant. For lighting, the room has several globe pendant shades that hang at different heights.

The house also has a rooftop swimming pool where the family spends time during summer.

Cristiano Ronaldo, during his time at Real Madrid, purchased a mansion for a price tag of $6.2 million in Madrid, Spain. The house has seven bedrooms and eight bathrooms, multiple kids’ playrooms, and an awards-filled trophy room where he displays his awards and trophies that he earned during his career.

Cristiano Ronaldo’s house also has a swimming pool which is surrounded by the beautiful garden.

Cristiano Ronaldo bought a mansion in Manchester England during his time with Manchester United. The mansion is known as “Alderly Edge Mansion” and the Portuguese international reportedly purchased the mansion for $6 million in 2006.

The five-storey mansion consists of five bedrooms, bathrooms for him and her. It also includes a home cinema as well as an indoor swimming pool and a gym for home workout sessions.

The interior of the house is just as beautiful as the exterior. The general color scheme seems to be black sheets and light biege color walls.

Ronaldo house in Manchester has been reportedly sold since Ronaldo moved to Madrid in 2009.

How much is Cristiano Ronaldo’s house net worth?

Cristiano Ronaldo’s total net worth of all the houses he own is said to be around $47 million.

Cristiano Ronaldo house before and after

Here you will find Cristiano Ronaldo childhood house photos. The Portuguese superstar has come a long way in his career. Growing up he used to be very poor and lived in a small house in the capital of Portugal.

But his hard work carried him everywhere and his dedication made him a successful footballer and now he owns several beautiful and big houses. Proves that hard work and dedication can take you to places!

Here we will answer some frequently asked questions about Ronaldo’s mansions and villas.

Where is Cristiano Ronaldo’s house?

How many houses does Cristiano Ronaldo have?

How much is Cristiano Ronaldo’s house worth?

How to build a Cristiano Ronaldo house in Minecraft?

Below is the video tutorial of how to build Cristiano Ronaldo’s house in Minecraft.

Where is Cristiano Ronaldo’s house in Madeira?

Cristiano Ronaldo’s house is located in Tunchal(capital of Portugal), in the city of Madeira, Portugal.

Does Cristiano Ronaldo have a house in Madeira?

Yes, Cristiano Ronaldo owns a big seven-storey house in Madeira, Portugal which he purchased for around $8 million.

What is Ronaldo house price in Rupees?