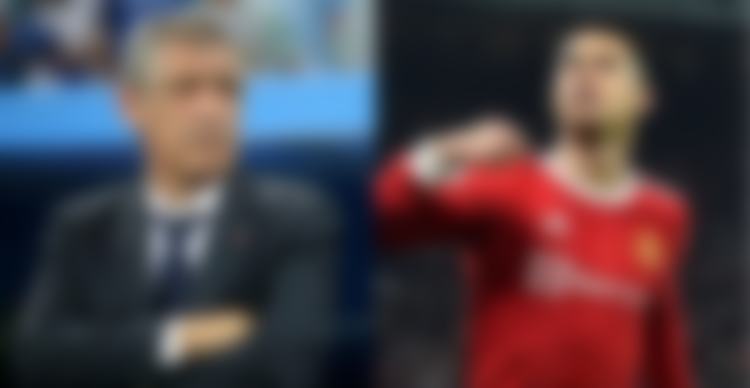 Cristiano Ronaldo has decided to stay at Manchester United despite the Red Devils’ failure to qualify for the Champions League next season. The 37-year-old was Man United’s best player last season by some distance as he won the Sir Matt Busby Player of the Year. After his return, Ronaldo will be playing for the third manager in United after Ole Gunner Solskjaer got sacked in the middle of last season and interim boss Ralf Rangnick could not deliver success as well.

Ronaldo’s decision to stay at Old Trafford is like a new signing already as United might face some challenges in securing top players because of no Champions League football next season. The five-time Ballon D’or winner has got support from his national manager for staying in Manchester United who insists that the Portuguese icon is the best player in the world.

“Have said too many times, Cristiano Ronaldo is the best player in the world,” Fernando Santos said, as quoted by the Manchester Evening News.

“The choice to stay at Manchester United is his choice, it is not for me to say. It is a personal choice. What I do know is that there are few who have the opportunity to play for Manchester United.”

Ronaldo is very much excited about working with Erik ten Hag next season. Manchester United’s appointment did take a bit longer but finally, this helped Ronaldo to stay for at least another season. The Portuguese star was not happy with Ralf Rangnick as results kept going in the wrong direction under the interim boss.

Ronaldo said in a recent interview, “Am happy of course. To be back in a club that really raised my career so it was unbelievable. The feeling when I came back again, it was nice to feel the supporters. Their happiness was just so great. Was and still am very happy to be here.”

“What I want to say to the fans is they are amazing. Even when we lose games they always support us. They are always with us. The supporters are always in my heart. It is the people that we all should respect because they are always on our side.”

“For me, the most important thing is to try to win the games. We try to win some championship or some cup. But I believe that Manchester United will be where they belong. As I said before, sometimes it takes take but I still believe.”

The Dutch manager has a huge task in his hands to rebuild Manchester United and take them where they belong. Ronaldo believes that the 52-year-old needs some time for that and the fans should be patient. Meanwhile, Ronaldo scored a brace in Portugal’s 4-0 win over Switzerland in Lisbon in the Nations League to take his national team to the top of League A Group 2, on goal difference from the Czech Republic.