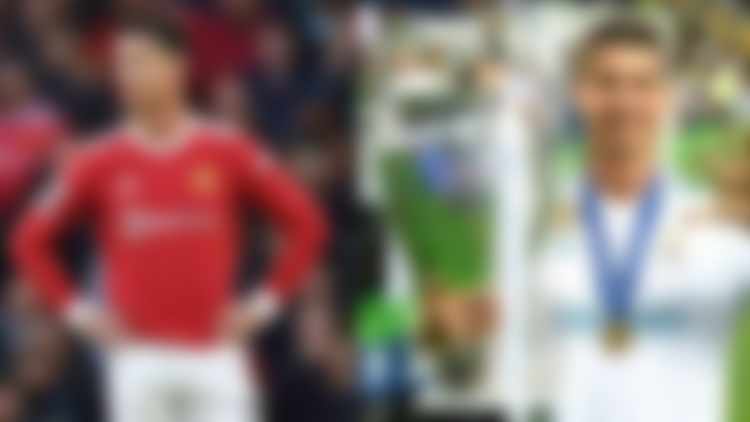 Cristiano Ronaldo is rumored to be interested in returning to Real Madrid. The 37-year-old enjoyed great success with Real Madrid before moving to Juventus in 2018. However, after having a disastrous season with Manchester United, Ronaldo return to Real Madrid is very likely.

The Portuguese superstar still managed to carry Manchester United this season. Despite playing with a bad squad, Ronaldo has been the star player for United this season, scoring 23 goals in all competitions, including 17 in the Premier League.

But that hasn’t helped much as Manchester United has had a disastrous season, with massive defeats at the hands of rivals Manchester City and Liverpool, as well as early departures from cup tournaments.

Liverpool destroyed Manchester United with a scoreline of 9-0 over the two legs. The scoreline is an excellent representation of where both clubs stand in the current football scene.

Manchester United is presently in the sixth position in the Premier League standings, with 55 points from 35 games, and is expected to finish outside the top four this season. If they don’t finish in the top four, the Red Devils will miss out on the Champions League next season.

United’s new manager, Erik ten Hag is said to be preparing a team reconstruction, and with Manchester United appearing unlikely to qualify for the Champions League, Cristiano Ronaldo’s contract, which runs until 2023, may be up. Nevertheless, Ronaldo back to Real Madrid 2022 is a huge possibility.

Under interim manager Ralf Rangnick, Ronaldo has been a cornerstone of the side, but Erik Ten Hag is thought to be preparing a future based on high energy and youth, which might restrict his playing time. Ten Hag has yet to make a choice on Ronaldo, who will join from Ajax at the conclusion of the season.

If Ronaldo wishes to leave United, Real Madrid might provide him a way out. Manchester United are practically set to miss out on the Champions League next season and ‘Mr. Champions League’ will probably not accept that. All these factors will play an important role in Ronaldo return to Real Madrid.

Carlo Ancelotti’s team were proclaimed champions on Saturday, winning the LaLiga title with a 4-0 victory against Espanyol, and it appears that they are already making plans to defend their title next season.

According to the Mirror, the 37-year-old Portuguese star’s future at Old Trafford is in question after only one season back at the club he left for Real Madrid for a then-world record cost of £80 million in 2009.

Real Madrid could look to bring back Cristiano Ronaldo if they fail to sign long-term target Kylian Mbappe, who they missed out on in the 2021 summer window despite tabling a huge £172 million for the French star.

What are your thoughts on this? Will Cristiano Ronaldo return to Real Madrid next summer? Let us know in the comments down below!