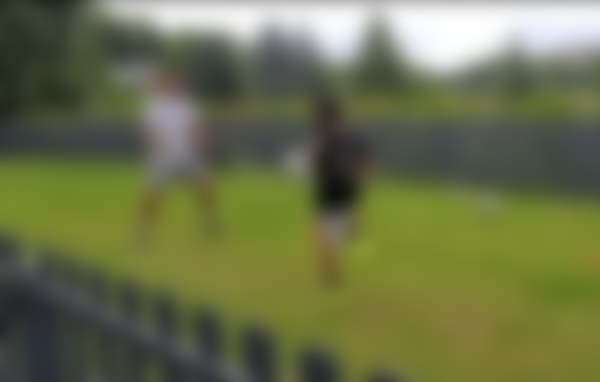 Cristiano Ronaldo posted a very cute video on Instagram showing him training with his son Ronaldo Jr. The video captioned “Like father like son 🙂 Happiness above all ❤️⚽️💪🏼” shows them practising passing drills.

Ronaldo is currently doing his 14-day quarantine in his home in Italy after returning to Italy. He spent most of his time in Madeira Island in Portugal. The 35-year-old is due to return to training with his Juventus team after completing the 14-day quarantine.

The Juventus star is a family loving person. He regularly posts photos of him with his family. Ronaldo has two sons Cristiano Ronaldo Jr. and Mateo Ronaldo. His older son Ronaldo Jr. is 9-years old and plays for the Juventus junior side. The youngster is set to be a big star one day like his father. His younger son Mateo is 2-years old and we sometimes see Ronaldo training him with a football.

Cristiano Ronaldo is a very ambitious father and he wants his son to become the best player like himself. If Ronaldo becomes a manager then we might even see him coaching his son.

Ronaldo Jr. plays for Juventus under 9s. In the last season, the youngster scored an incredible 58 goals in just 28 games.

Ronaldo has a hard work ethic and his incredible physique is proof of this. He posts a workout video of himself on his social media profiles. We usually see him training and working out with his son. It is nevertheless to say that his son is growing up to be a mirror of himself.

The Italian Aeries A has been approved to resume soon and will be played under closed doors. Ronaldo did not waste any time whilst he was in quarantine. He continued his workout and training regime. Messi on the other side is not very active on social media and we do not see video or photos of him training.