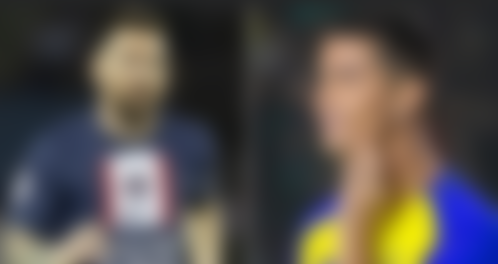 Cristiano Ronaldo and Lionel Messi could reignite their rivalry in the Middle East as the Portuguese forward is set to start his new journey against his biggest rival.

The two superstars’ careers have lately taken divergent paths, but an exhibition game next week may reunite them on the same field. The last 18 months have been very different for the two guys. It did not go as planned for Ronaldo to return to Manchester as the club made unfavorable progress, and Ronaldo himself received criticism for his demeanor and outward signs of annoyance. On the other hand, while still defying his age, Messi has helped Argentina win a World Championship.

On January 19, a select team made up of players from Cristiano Ronaldo’s new team Al Nassr and their Saudi opponents Al Hilal will play a friendly match in Riyadh, the French champions announced on Monday.

On January 17, Qatar-owned PSG will fly to Doha before continuing on to the Saudi Arabian capital for the encounter at the King Fahd Stadium, where Messi and Ronaldo will rekindle their rivalry.

The Al Nassr head coach was not happy with the exhibition match being held and Cristiano Ronaldo making his debut in that game.

“It won’t be with the Al Nassr jersey,” the 58-year-old explained. “It will be a mix between Al Hilal and Al Nassr. As the coach of Al Nassr, I cannot be happy with this match. For development, to see PSG, to see the great Parisian players, indeed it is a good thing. But we have a championship game three days later.”

“In terms of scheduling, it could have been better thought out. But it’s not a big deal… We are in the lead, we are happy. It is a difficult championship to win, but we intend to do it.”