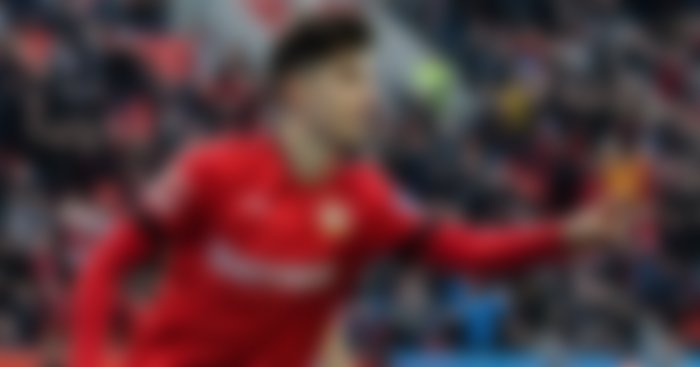 Since a number of days now, Manchester United have been linked with a big-money move for Borrusia Dortmund’s Sancho and Chelsea for Bayer Leverkusen’s Kai Havertz. However, United are growing increasingly frustrated with Dortmund’s way of handling the deal.

Dortmund have stood firm in their valuation of the English winger and are reportedly asking for a fee of around €120 million (£108m/$142m). BVB sporting director Michael Zorc went on to say that Sancho would play for them in the next season.

He said: “We plan on having Jadon Sancho in our team this season, the decision is final. I think that answers all our questions.

“Last summer we adjusted the salary to the performance development of Jadon. In this context, we have extended the contract until 2023.”

United’s failure in the pursuit of former Manchester City winger could lead them to chase another Bundesliga talent in Kai Havertz. Just as United pursuing Sancho, Chelsea have been the forerunner to sign the German playmaker. It was even reported that Havetz has already signed personal contract with Chelsea.

However, with no deal finalized yet between Leverkusen and Chelsea, and the London club still looking to decrease Havertz’s £90m valuation, United could enter the race to sign Havertz, reports Manchester Evening News.

Given Bayer Leverkusen’s sporting director Rudi Voller’s comments, they are open to selling Havertz to anyone who matches their valuation.

“We know of the interest of a couple of clubs, especially Chelsea, but for us, the situation is quite simple.

“He has a two-year contract, if anyone wants him on our terms, fine, otherwise he stays here another year and we are happy.

“It won’t be easy, but for a player like him there is no Covid discount.”

The valuation of Havertz is already cheaper than that of Sancho. Furthermore, he is capable of playing in any position in the forward line.

Manchester United have been linked with other players, such as Bayern Munich’s Kingsley Coman and Juventus’s Douglas Costa. But, Havertz stands out among these two alternatives for Sancho.