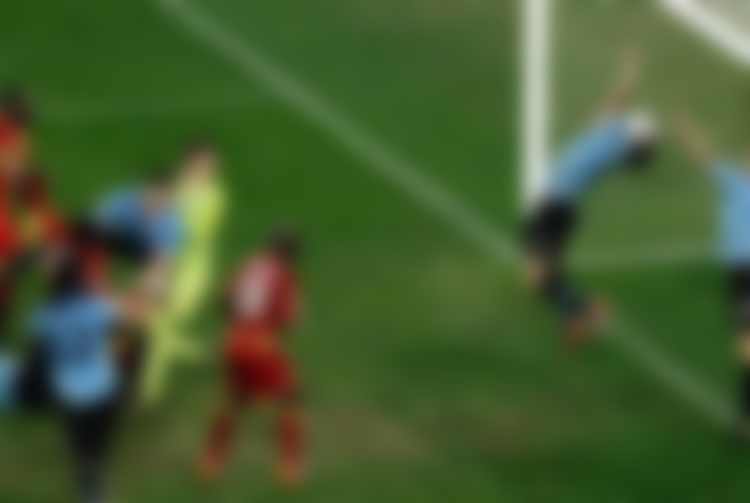 Do you remember Luis Suarez’s version of the “hand of god” in the 2010 FIFA World Cup? 12 years after that Suarez incident, Ghana and Uruguay are set to square off in the same competition for the first time again this year. Following the World Cup draw conducted on Friday evening, the two teams have been paired in Group H alongside Portugal, and the Korea Republic.

With the tie balanced at 1-1 in extra time, Dominic Adiyiah’s goal-bound header seemed enough to make Ghana the first African country to ever reach the competition’s semi-finals in what would have been a memorable day in the history of the continent’s football.

But Luis Suarez had other ideas, with the Uruguayan jumping to block the shot with his hands just before the ball had crossed the line. The match’s referee, Olegario Benquerenca, would show the Uruguayan a straight red card for his antics before awarding the Black Stars a penalty kick.

But as if it couldn’t get any more dramatic, Asamoah Gyan would miss the resultant spot-kick, smashing the horizontal bar in one of the most heartbreaking moments for the African continent.

The truth is, Ghana went on to lose the match on penalties, only rubbing salt into the wound. Almost a decade later, it’s fair to say the entire African continent has never forgotten the dramatic events of that day. But now, for the first time since the incident occurred, the two teams will be coming face to face in this year’s tournament scheduled for Qatar in November.

With the Black Stars only qualifying for the World Cup once since the 2010 incident, they have never had a chance to seek their revenge on the South American team. But they will be in Qatar this year after narrowly edging out another African giant, Nigeria, in the qualifying round.

The Ghanaian team settled for a barren draw in the first leg of the tie before forcing a 1-1 draw in the return leg in Lagos and going through on the away goal rule. The Black Stars have been a completely different team since Otto Ado was appointed the interim manager.

After a disappointing performance in this year’s Afcon competition that saw the West African nation getting eliminated in the group stages, the federation turned to the retired midfielder to help steer the club in a new direction.

And in his short stint in charge of the national team, he has managed to bring unity to the team, finding the perfect balance between youth and experience to build an exciting team that will again carry Africa’s hope in the prized competition.

With the Ghanaian European contingent of Jordan Ayew, Felix Afena Gyan, and Thomas Partey leading the national team to a new era, it will be interesting to see how the Black Stars compete against the competition’s top teams in Qatar.

On the other hand, the Uruguayan team hasn’t had the smoothest of paths to Qatar 2022, waiting till the last round of matches to qualify for the competition. The resignation of the legendary manager, Oscar Tabarez, appeared to throw the team into turmoil. However, the new head coach, Diego Alonso, has managed to bring stability in recent months, with key players like Edison Cavani, Diego Gordin, and Luis Suarez still heavily involved.

With younger midfielders like Rodrigo Bentacur and Federico Valverde becoming key members of the squad, the South Americans will look to capitalize on the wealth of talent in Qatar.

But what everybody anticipates in November is a fully entertaining game of football that’s certain to evoke some emotions. For the Ghanaians and the African continent at large, this will be more than just a football match.