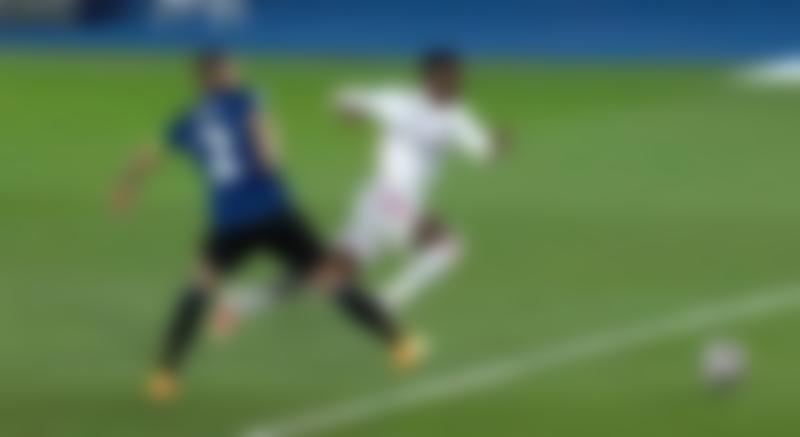 Match 1/8 final “Real Madrid – Atalanta” ended with a score of 3:1. With the score 1:0, a controversial penalty was awarded to Atalanta’s goal. Ramos converted a penalty, and the score was 2:0.

Vinicius Junior received a controversial penalty in the second half of the Champions League 1/8 final against Atalanta. In the 59th minute, the Brazilian intercepted the ball in midfield and fled to counterattack. He left Ruslan Malinovsky at speed and approached the penalty area of ​​Atalanta. Vinicius threw the ball past Rafael Toloi to the left semi-flank, but the defender stopped Junior with a foul. Referee Danny Makkelie gave a penalty after consulting the video assistant.

Sergio Ramos made the score 2:0, and Atalanta’s task became more difficult. The Italian team failed to make a comeback. Real Madrid won 3:1 and made it to the Champions League quarterfinals.

There was also a referee error in the first match. At the 17th minute of the first match, the footballer of Atalanta Freuler received a red card. After the match, many experts said that the foul was on a yellow card, the referee was mistaken. Atalanta was left with ten men and lost the match.

We also note that after Ronaldo left for Juventus, Real Madrid never made it to the quarterfinals before. This season, Ronaldo did not reach the quarter-finals, Juventus lost to Porto.

Luka Modric was named the best player of the match. Modric gave an assist to Benzema and was very good. Real Madrid have won 12 of their last 13 matches against Italian teams in the Champions League. Karim Benzema repeated the record of Messi and Raul. He scored in the Champions League in 17 straight seasons.