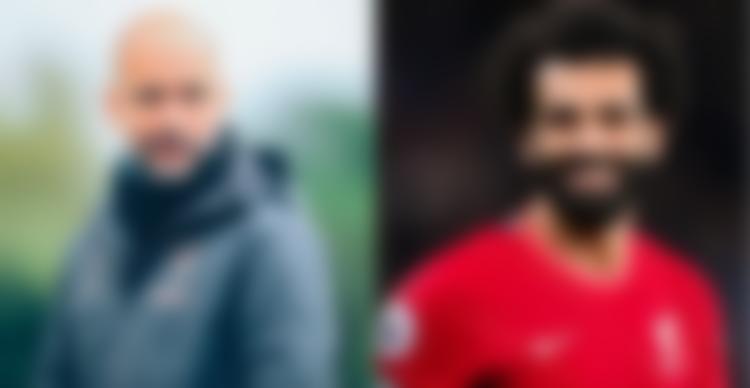 The Pep Guardiola Comment- It is no secret that Mo Salah has been one of the best players in the Premier League for quite some time. He has been the chief of this Liverpool revolution that has seen them become one of the best teams in the continent, on the verge of an unprecedented quadruple. So when it was announced on Friday that Salah had won the FWA Footballer of the year, none of them had a problem with it. Except for a certain Spaniard from the blue half of Manchester.

City manager Pep Guardiola replied to the announcement in a rather sarcastic way, congratulating the Egyptian, then going on to say that it is pretty obvious that it would be Liverpool players winning the individual awards considering that their manager Jurgen Klopp has already gone on to say that they have the best players in every department.

This is not the first time that the Catalan has objected to Liverpool players winning these awards, with him making his dissatisfaction known in 2018 and 2019 as well when Virgil Van Dijk and Mo Salah won the PFA’s players’ player of the season and Premier League player of the season.

However, Pep Guardiola has a major influence on one of the awards that Salah could be competing for the Ballon d’Or. The Egyptian is currently one of the front runners for the prize and has the league Cup under his belt. Currently, Karim Benzema is the overwhelming favourite to win it after winning the La Liga and his huge haul of 41 goals and 13 assists this season.

“Congratulations to Salah,” the Spaniard told reporters. “Jurgen Klopp said that they have the best keeper, the second-best second keeper in the world, the best central defender, the best holding midfielder, the best striker, so it is normal they win all the awards.”

So if Pep Guardiola manages to win the Premier League and the Champions League, he can have a say that will basically hinder the Egyptian’s chances of winning the most coveted individual prize of them all. Fail to win those, and not even Pep can bemoan or crib about Salah winning the Ballon d’Or. So it’s on you Pep. Let’s see what you can do.