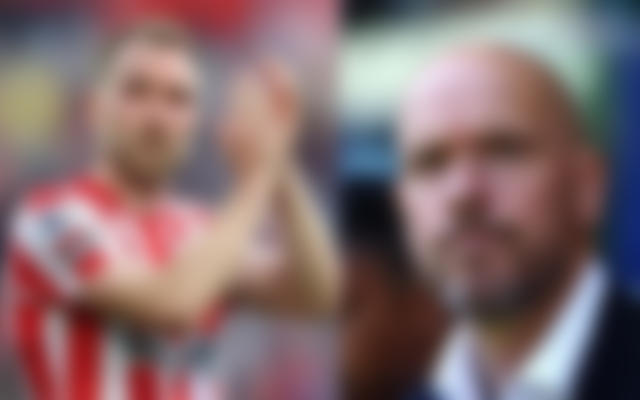 A report from The Guardian claims that Manchester United have been unsuccessful in their pursuit of Christian Eriksen’s signature. Because his current deal with Brentford is scheduled to expire at the end of the month, the gifted playmaker will be available to sign with any club of his choosing this summer.

The Dane is now without a club and is thus a very desirable commodity on the transfer market. This is particularly true because he has been turning in consistently strong performances in the Premier League since the turn of the year. Following the player’s significant contribution to the club’s successful fight for survival, Brentford has signalled their intention to maintain their ownership of him beyond the summer transfer window.

Eriksen’s creative genius, which he demonstrated by scoring one goal and assisting on four others, was a major factor in the team led by Thomas Frank avoiding the risk of being demoted from the Premier League. In addition to his creative abilities, he had a wealth of experience at the top level of football, which assisted Brentford in becoming a more cohesive and powerful team as a whole.

Manchester United was on high alert after Eriksen’s performances, particularly considering that Erik ten Hag had previously managed him for a short period at the beginning of the year, while the playmaker was still in training with Ajax. Ten Hag is familiar with Dane’s skill set and was interested in securing his services in advance of the next season.

What’s next for Manchester United?

Eriksen would have been the perfect choice to step in for Jesse Lingard, who has been linked with a transfer to West Ham United, among many other major teams in England. Eriksen would have been an excellent replacement for Lingard. Since Manchester United has also parted ways with Juan Mata and Paul Pogba, the club’s want for a creative midfielder has become much more pressing.

However, Eriksen is said to have turned down the offer from Manchester United, which has forced the Red Devils to continue their search for a new playmaker elsewhere. According to the article, the Danish international would want to either continue his career at Brentford or return to his previous team, Tottenham Hotspur.

Given the fact that the 30-year-old playmaker has a positive rapport with Antonio Conte, it would seem that the most probable conclusion would be for him to return to north London. The two players were teammates at Inter Milan and given that Spurs are aiming to move Giovani Lo Celso this summer, the purchase of someone like Eriksen might prove to be a wise piece of investment for the Lilywhites.