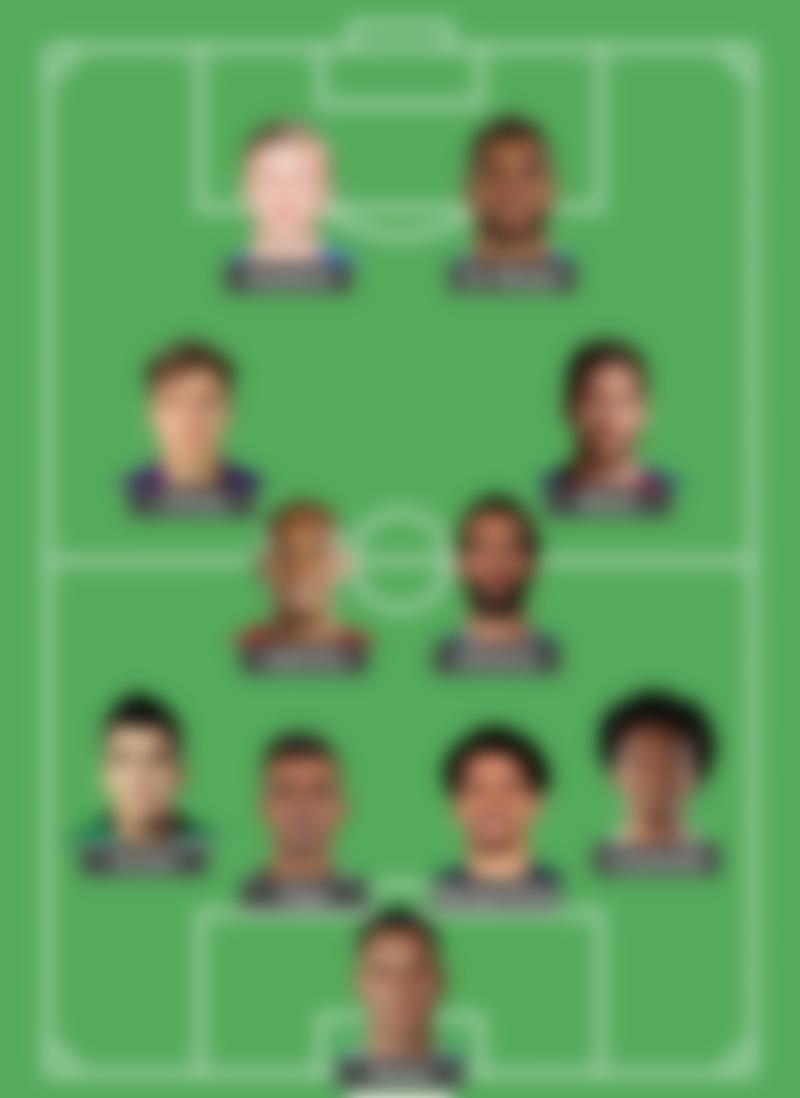 Four participants of the Champions League quarterfinals have already been determined. PSG, Liverpool, Porto and Borussia Dortmund reached the ¼ finals, while Barcelona, Leipzig, Juventus and Sevilla were eliminated from the tournament. We decided to assemble a team from the best in the last matches in the Champions League.

Keylor Navas became the best player in the PSG-Barcelona match. If not for him, Barcelona won that game. Navas made 9 saves, including a penalty kick. PSG did not have such a characteristic player for a long time, even Buffon panicked, made a mistake and conceded 2 goals in that very game against Manchester United. Navas was very good, and his confidence turned on partners.

Several right-backs played well this week, but Cuadrado was the best among them. The Colombian footballer was the best in Juventus and received a 10 rating from several major portals. During the entire match, Juan gave 12 key assists, but his partners scored only one goal after the Colombian’s passes. Cuadrado had a great match, but unfortunately he will not play again this season.

In the match against Barcelona, not only Keylor Navas was good, Marquinhos also showed a high level. The Brazilian defender had a good match, played without mistakes and often helped his partners. Barcelona hit more shots on goal, but there are no complaints about Marquinhos. He only has 1 tackle per match, but that means the Brazilian read the game very well and managed the defense.

Porto made the main sensation of this Champions League, and Pepe became the main character. Juventus was considered the favorite, but Porto surprised everyone and made it to the quarterfinals. In the return leg in Italy, the Portuguese club was good and Pepe was the best on the field. The defender had an excellent match, played without mistakes and managed the defense effectively. Pepe won 100% of aerial combats and showed a high level. And we recall that Pepe is already 38 years old, but he played the best.

In contrast to the right-backs, the performances of the left-backs were less dramatic. The best left-back was Acuna from Seville. Acuna played reliably in defense and supported the attacking group. Acuna was not as flamboyant as Cuadrado, but he was good at everything.

In the match against Leipzig, Fabinho showed very good football and was one of the best. Brazilian stats: 4 duels won, 4 interceptions, 3 tacles made, 2 clearances. Fabinho was named player of the match and played a key role in the victory.

Pepe played very well, but Oliveira was also a key player and was instrumental in bringing Porto to the quarterfinals. In the first half, the midfielder successfully converted a penalty, and in overtime he scored from a free kick. In the most important game, Oliveira scored a double that helped Porto advance to the next stage of the Champions League.

Barcelona was good in the return leg, and Messi was the best in the team. With the score 1: 0, Messi scored a beautiful long-range shot and evened the score. At the end of the first half, Leo missed the penalty, but this moment cannot lower his mark. Messi was constantly in danger, but alone the Argentine could not win.

In addition to Cuadrado, Juventus had another footballer, who deserved to reach the quarterfinals. This footballer is Chiesa. Federico first leveled the score and then scored a double. Thanks to his double, Juventus won in regulation time, and the game went into overtime. Chiesa was substituted at 102 minutes. Federico spent 90 minutes without stopping, but in overtime there was no strength left.

Sevilla lost in the match 2: 0, but managed to make a comeback. The main hero of the Spanish team was En-Neysri. First, En-Neysri scored from the penalty, and in the 95th minute he leveled the score with a header. Youssef brought back the intrigue, but Sevilla failed to score the third goal.

We will play with two strikers, because we cannot but take Haaland into the lineup. The Norwegian scored a double, and if not for him, Borussia would not have made it to the quarterfinals. Seville’s defenders were powerless against Holland. Unlike Mbappe, Haaland was great in both 1/8 matches. And also Haaland broke Kane’s record, the Norwegian was the fastest to score his first 20 goals in the Champions League. To achieve this result, it took him only 14 matches!

This is the team of the week in the Champions League. What position do you disagree with? And also write who was the best this week.