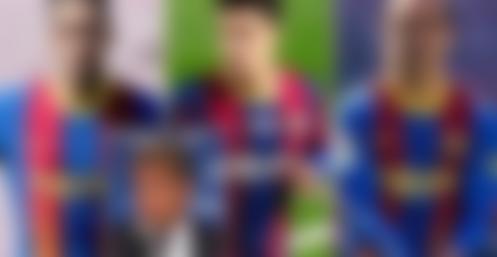 According to a report, FC Barcelona will listen to offers to sell at least eighteen of their first team players. This situation is due to the club going under a huge debt. Barcelona has an ever-growing financial debt which has grown to around £862 million during the corona-virus pandemic.

Barcelona have already been very pro-active this summer, signing the likes of Sergio Aguero and Eric Garcia from the Premier League champions Manchester City.

However, in order to raise funds for the upcoming transfer window as well as to lower the financial debt, the club president Joan Laporta has decided to sell up to 18 players during the summer. Apart from that, the players will also have to endure a wage cut from their salaries to help the club during its financial crisis.

According to the Mirror, Philippe Coutinho is one of the most prevalent names to be sold. The player has had a tough spell at the Nou Camp since joining from Liverpool. He should also still have considerable sell-on value.

Antoine Griezmann is another player whom Barcelona can sell for a high price. He too never found his very best form at the club. However, one surprise inclusion in the list of players Barcelona are willing to sell is their veteran midfielder Sergio Busquets. The player is on a high wage bill. Thus, if he is willing to stay on a lower salary, the player might be able to play at the Nou Camp next season.

Barcelona’s clear out is also supposed to include Samuel Umtiti, Junior Firpo, and Martin Braithwaite. It also seems that Miralem Pjanic, who joined for €70 Million last summer, will also be departing. The other first team players which are up for sale are Sergi Roberto, Clement Lenglet, Ousmane Dembele, Sergino Dest, Gerard Pique, Riqui Puig, and Francisco Trincao.