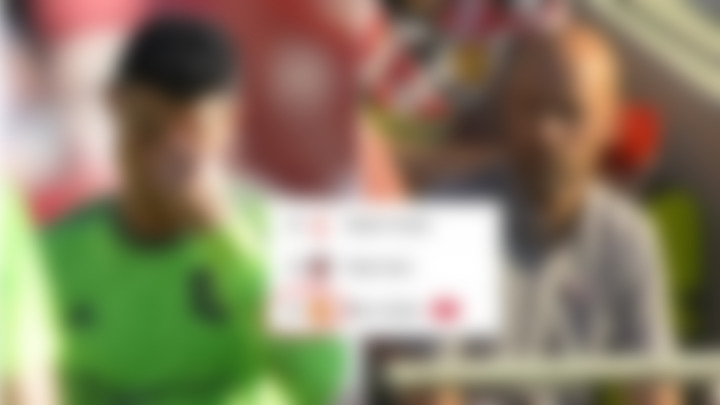 Brentford vs Manchester United was the game every Red Devil fan was looking forward to after a terrible start to the Premier League season. However, the Bees quickly demolished the hopes of Man United supporters.

Erik Ten Hag decided to start Cristiano Ronaldo this time around rather than relying on him as a substitute. It was Ronaldo’s chance to reignite his lost form against a fairly weak Brentford side. However, the Portuguese international failed to make a mark and was disappointed with his performance.

The Red Devils’ start to the new Premier League season couldn’t get any worse as the Bees took the lead 10 minutes into the match. Fast forward 35 minutes, Man United found themselves 4-0 down against Brentford.

Brentford vs Manchester United: As It Happened

Manchester United went to Brentford with a strong will to make amends for their poor performance against Brighton last weekend. The supporters were hoping their side to make a statement but they were not ready for what was to come.

Brentford started the game with passion and purpose and it didn’t take them long to take the lead. It took Brentford only ten minutes to score their first goal of the game, much to everyone’s surprise.

The man who equalized against Leicester last weekend took the first blood against the Red Devils. Dasilva struck the shot at goal, and De Gea could have done far better by scooping the ball with both hands as he dove, but it slipped past his grasp.

The first goal was the start of Man United’s misery as they started to scramble right after the Bees took the lead. Only eight minutes later, it was 2-0 to Brentford as Mathias Jensen forced Ma United into difficulties following some sloppy defending by former Brentford player Christian Eriksen.

When Manchester United again failed to defend a cross inside their box, Ben Mee headed in Brentford’s third goal. Erik ten Hag’s team was being harassed all over the field.

Bryan Mbeumo made it 4-0 with a brilliant counterattack, aided by some poor defense by the visitors. The scoreline would echo around the country for days to come.

As a shell-shocked Man United squad dragged itself back into the changing rooms, Thomas Frank’s side led 4-0 at the break. At the start of the second half, Ten Hag introduced Scott McTominay, Raphael Varane, and Tyrell Malacia to provide strength to his bruised side.

United slightly improved in the second half, but it was evident that Brentford had already taken their foot off the accelerator, as they demonstrated excellent game management to maintain their lead.

The referee blew the full-time whistle to end the torture for the Red Devils. Brentford players celebrated the much-deserved victory with their fans and the manager.

But what a contrast for Manchester United. Erik ten Hag can’t believe what he has witnessed this evening.

Liverpool are next for Manchester United and they are merciless on their day. If they lose to their opponents, they will have lost their first three games, which would be disastrous for the Red Devils.

As a result of the shambolic performance, Manchester United has dropped to the bottom of the Premier League, putting them on the back foot in comparison to their opponents.

“I’ve never seen a more abject performance from a club I regard as one of the biggest in the world.”

Fans expressed their displeasure at United’s poor performance. “I’m done with this club,” one supporter stated on talkSPORT.

“The defense and midfield are a disgrace. It’s all a joke.

Ten Hag and his team will play Liverpool at Old Trafford next Monday, and things will not get any easier. Fans of Manchester United, buckle up because it’s going to be a bumpy and painful journey this season.