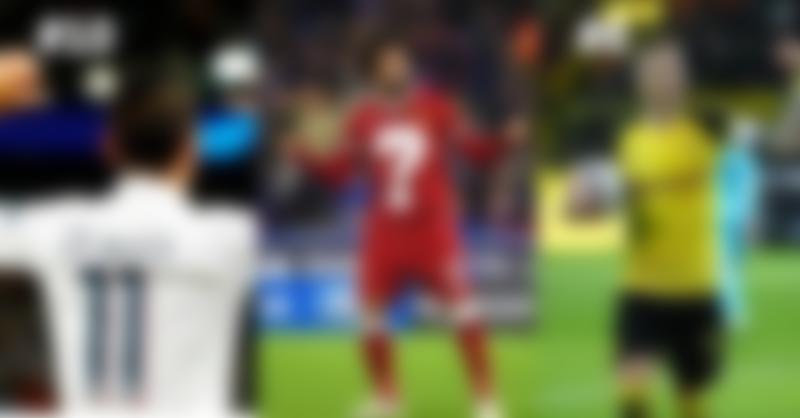 Today, we will be listing down some of the best number 11 football players. Football is a prestigious sport and the kit numbers mean a lot to the players wearing them. Kit number is considered very important and meaningful as well in the beautiful game. The number 11 has evolved over the years. Over the years, this number has been worn by some of the most talented and visionary midfielders and left-wingers of the beautiful game.

Number 11 is mostly assigned to a left-winger in the starting eleven because LW is always at last in the pecking order. However, in modern football, squad numbers don’t usually matter as much because of the squad rotation. These days, any available kit number is slotted to new players in the club.

Great players like Didier Drogba, Ryan Giggs, Romario, and George Best wore the number 11 shirt in the past. There are still many modern great players rocking the number 11 kit and they are very effective for their teams. This article was inspired by the top 10 best number 10 in football.

So without further ado, let’s get into the topic and list down the top 10 number 11 in football.

At rank 10 on our list of the best number 11 players in football, we have the Spanish international Pedro. Over the years, Pedro has played for various clubs in his career, noticeably Barcelona and Chelsea. The Spaniard was considered a rather less gifted football player but he made it through thanks to the sheer hard work and dedication to the sport. Pedro won pretty much every trophy in Spain with FC Barcelona and then he went on to win the Premier League and Europa League with Chelsea FC.

The Spaniard transferred to AS Roma from Chelsea this summer. Pedro scored 41 goals in 201 games for Chelsea FC and scored 99 goals in 300+ appearances for FC Barcelona. During his time with Chelsea, Pedro used to be one of the best number 11 in the Premier League.

Hirving Lozano is a Mexican international football player and he is at rank 9 on our list of best number 11 football players in 2020. Lozano appeared on the scene during the 2018 FIFA World Cup while playing for Mexico’s national side. He emerged as one of the best young talents in the tournament. His performances attracted Italian side Napoli and the club signed him last summer.

The 24-year-old is having a good time at Napoli though he has become some kind of an injury-prone. But on his day, he is definitely among the best number 11 in soccer in 2020.

At rank 8 on our list of top 10 best number 11 in football, we have Atletico Madrid’s winger Thomas Lemar. The French international was the alumni from AS Monaco’s title-winning side in the Ligue 1. Lemar’s individual performances attracted the interest of many European giants. Liverpool came close to signing him but the winger decided to join Atletico Madrid instead in 2018.

He has struggled to find his prime form in the shades of Atletico Madrid’s kit and his performances have also been affected by injuries. However, when he is fit, he is a constant starter for Diego Simeone. He is definitely an underrated and a star midfielder in the making.

Ousmane Dembele is currently a Barcelona player and is at rank 7 on our list of best number 11 football players in the world in 2020. The French international was considered as future Balon d’Or winner during his time with Borussia Dortmund. An excellent debut season at Dortmund saw a steep climb in the upward trajectory of his career. Dembele can use both feet with great control and composure on the ball.

Barcelona supporters have high hopes in Ousmane Dembele especially after losing Neymar to Paris-Saint Germain. If he can stay fit, he can be a great asset to the Catalans.

At number 6 on our list of the best number 11 in football in 2020, we have Douglas Costa. The Brazilian winger was sent on loan to Juventus by Bayern Munich in 2015. However, he was signed by Juventus on a permanent transfer after his great loan spell at Turin. Douglas Costa is very versatile and can play several positions if the manager wants him to. He is a safe bet on both wings and can also play as a striker.

The Brazilian has known for his great control on the ball and the dazzling dribbling and the ability to drift wide makes him a complete winger. His work ethic and dedication to the team is impressive.

At rank 5 on our list of best number 11 in soccer in 2020, we have Marco Reus. The Borussia Dortmund talisman has been one of the most consistent players of the decade. He was given the role of number 11 during his time at Borussia Monchengladbach and he continued with the role with Borussia Dortmund and the German national team. Marco Reus has also been very loyal to Dortmund ever since his arrival.

Marco Reus has a great pace and vision to create spaces for the strikers up front. He is mostly seen as a play-maker but can also drift wide and play from the wing. Had it not been for injuries, we would have seen a greater impact from the German international.

Gareth Bale is ranked at number 5 on our list of top ten best 11 in football right now. The Welsh international joined Spurs on loan from Real Madrid this season and it has been a great move both for the club and the player so far. Gareth Bale started his career as a left-back during the early stages at Tottenham. However, his transformation from left-back to winger is extraordinary.

Bale used to be a regular starter for Real Madrid until Zinedine Zidane took over as a manager. Finally, he has offloaded back to his former club Tottenham Hotspur this summer transfer window. Bale has found life at his former club and he is starting for the club every game. His extra-ordinary pace and dribbling skills make him one of the best number 11 in Premier League.

At rank 4 on our list of best number 11 football players in the world, we have Angel di Maria. The Argentinian has been one of the most consistent players in the decade, both for the national side and the club team. He runs with the ball at full speed and his dribbling skills are good enough to humiliate any player in the world. After joining Paris-Saint Germain from Manchester United, he was given the role of number 11. Since then, he has been shining as a winger for PSG.

Angel di Maria is one of those prospects which every team desires of having. The Argentinian helped PSG reach the UEFA Champions League final last season scoring some important goals along the way. Angel di Maria is definitely among the best 11 in football right now.

Timo Werner is at rank 2 on our list of best number 11 football players in 2020. Many European giants went after Timo Werner this transfer window after his great performances at RB Leipzig. Liverpool seemed to be his final destination but the deal broke and the German striker decided to join Chelsea FC. Timo Werner has had a great start to his career in the Premier League and he is definitely looking to be one of the best number 11 in Premier League.

Known for his dynamic pace and control on the ball, Timo Werner can run through any defence in the Premier League and he has shown that on several occasions.

Finally, we have Mo Salah as he is the best number 11 in football right now. Liverpool’s Egyptian King has been consistent ever since he joined the club. Mo Salah has scored 104 goals in 168 games for Liverpool in all competitions. Not only that, but he has also provided 40 assists as a winger. His goal scoring and goal creating statistics are insane for Liverpool. The pace and shot power of Mo Salah has haunted defenders and goalkeepers all around the world. Mo Salah is the best number 11 in Premier League right now.

The Egyptian King has been an important player for Jurgen Klopp’s Liverpool and has helped them secure the Premier League as well as the Champions League in 2 seasons only. Mo Salah is arguably the best number 11 in football right now.

If you enjoyed this article then be sure to read the top 10 best no 7 in football.