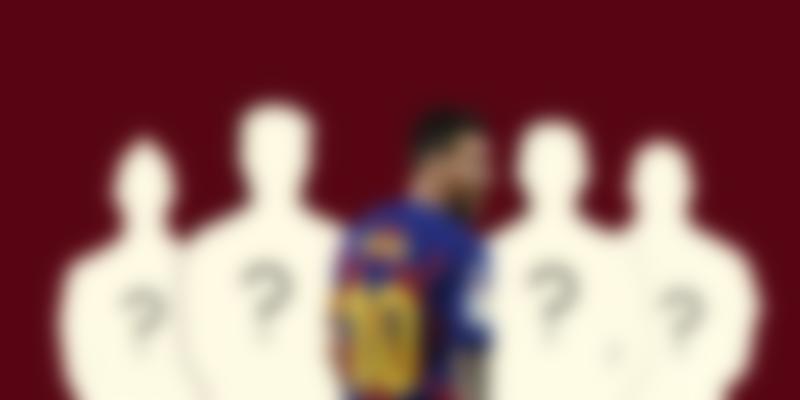 Today, we will be taking a look at the best number 10 in football of all times. Football is a prestigious sport and the jersey numbers mean a lot to the players wearing them. Kit number is considered prestigious as well in the beautiful game. The number 10 is an iconic kit number in football, which is in a short supply now. Over the years, this number has been worn by some of the most talented and visionary midfielders and wingers of the beautiful game.

Modern football managers demand pacy wingers and forwards and that is one of the reasons why number 10 is in short supply right now. But in the past, this iconic kit number has been worn by some of the greats of football. Usually, the number 10 is reserved for an extremely creative player with excellent passing and vision. The play maker is supposed to run attacks for his football team.

So without further ado, let’s get into the topic and list down some of the best number 10 football players of all time.

I’m quite sure that Rivaldo was one of our favorites while growing up. Rivaldo is just another Brazilian great who blessed the beautiful game with their outrageous skills and talent. The Brazilian legend was predominantly a central attacking midfielder but he could also play as a striker if needed by the manager. The iconic Rivaldo was known for his outrageous dribbling skills and the ability to get behind the defenses.

Rivaldo was absolutely a free-kick specialist. The Brazil international had his best spell as a player for FC Barcelona. He is Barcelona’s ninth-highest goalscorer, scoring 130 goals in all competitions in 235 games. Rivaldo is definitely among the best number 10 in the history of football.

At rank nine on our list of best players to wear number 10 in football history, we have the king of sublime first-touches, Dennis Bergkamp. The iconic Dutch midfielder used to paint pictures in football with his right foot. Bergkamp was to football just like Vincent van Gogh was to art. Not many players have been able to replicate the quality of Dennis Bergkamp after his retirement.

Bergkamp’s best time came at Arsenal, where he shared the pitch with the likes of Thierry Henry and Ian Wright. Dennis Bergkamp was able to finish with 94 assists in the Premier League. Still to the day, Dennis Bergkamp is regarded as one of the best midfielders the world has ever seen.

At number 8 on our list of top 10 best number 10 in football history, we have another Brazilian called Zico. He’s considered among the best football players of all time and he was nicknamed “White Pele” because of his sheer talent to play football. Pelé himself once said: “throughout the years, the one player who came closest to me was Zico,” handing Zico the nickname ‘white Pele’.

Zico’s vision as a play-maker was out of this world as he ran attacks for the clubs he played for. The Brazilian played more than 800 times for the Flamengo, scoring 539 goals, but is popular for being one of the best passers of the ball, he is arguably one of the greatest players to play in the 1970s and early 80s.

At rank seven on our list of best number 10 football players, we have Michel Platini. He is regarded as one of the best French players to play football. Platini was a prolific goalscorer from midfield and a great passer of the ball. The Frenchman was a dead ball specialist, he was deadly from distance and ice-cold from the penalty spot. Insanely quick, able to play anywhere in the attack, he was another playmaker that also looked to be a step ahead of the opposition. Platini started his career with Nancy and then went on to play for Juventus and Saint-Etienne, making more than 100 appearances for each of the clubs he played for.

Michel Platini won three Balon d’Or awards in his career and he was also voted in the Team of the century. In recent years Platini has been entangled in controversy due to his role in FIFA and UEFA and has been accused of corruption. Michel Platini was barred from the sport until 2023 due to corruption charges.

At rank 6 on our list of best number 10 in the world of football, we have the Dane Michael Laudrup. The iconic player used to play for Barcelona with the legend Johan Cruyff and he was a part of Barcelona’s ‘dream team’. Michael Laudrup was the key play-maker in the squad full of icons so you must know he was a spectacular player. He is Denmark’s greatest ever football player of all time.

Raul, Andreas Iniesta and Pep Guardiola all described him as the best player of all-time. Michael Laudrup was so versatile he could play anywhere in the attack. As a midfielder, the Dane was very sharp and his visionary passing led to many goals. Incredible balance and ball control, Michael Laudrup had it all, to be ranked among the best players to wear number 10 in football.

At rank 5 on our list of best number 10’s in soccer, we have another Brazilian. Brazil is a place for hot attacking talent and skilful players and Ronaldinho is one of those talents. Just as Real Madrid was looking to sign David Beckham, FC Barcelona was looking to sign the smiling Brazilian from PSG. Ronaldinho was arguably the best-attacking midfielder of his time and I’m sure he was one of your favourite players growing up.

Dazzling footwork and sheer talent to play football, Ronaldinho was popular for his vision, creativity, skill moves, and overall technique. The Brazilian had it all to be a modern great in football. Before Lionel Messi joined the Catalans, Ronaldinho was running the attacks for Barcelona. He then went on to become Lionel Messi’s mentor and now the little Argentinian doesn’t require any introduction.

Zinedine Zidane is placed at rank 4 on our list of best players to wear number 10 in football. The iconic midfielder is among the best French players to ever play football. The current Real Madrid manager was known for his elegant play-style, sick passing, vision, and dazzling dribbling. Zinedine Zidane also won the Balon d’Or in 1998 for his impressive individual performances. Zidane became a legend for every club he played. His best phase came during his time with Real Madrid and Juventus.

Zinedine Zidane retired from football in 2006 and became Real Madrid’s manager ten years late. He went on to win three consecutive Champions League as a manager – first ever manager to achieve a three-peat. A great manager and a player overall, Zidane deserves to be in the list of best number 10’s in the history of football.

At number 3 on our list of best number 10 football players of all time, we have Johan Cruyff. The Dutch international was incredibly gifted as a player and as a manager as he completely changed the way the beautiful game was played. Cruyff is a legend for both Barcelona and Ajax and arguably one of the best midfielders the world has ever seen. The Dutchman, who did some of his best work out wide, would cut into all different attacking areas of the pitch, finding a pocket of space the defence didn’t even know was there. Johan Cruyff really was a football genius and he is also popular for his very own skill move called “The Cruyff turn”.

Johan Cruyff was a nightmare to man-mark and joy for the supporters to behold. The Dutchman was known for his slick passing range, technique, acceleration, creativity, and visionary passing. His technique and vision is a dream for modern midfielders to replicate.

A true football superstar, Diego Maradona was the best player to ever step on a football field. He is also one of the best players to wear number 10 in football history. Diego Armando Maradona was an Argentinian who played for Napoli for the most part of his career. He also helped them win two Italian Serie A titles, and he is seen as a legend in the city of Naples. Maradona’s solo goal against England was named as the goal of the century, as he tip-toed through the Three Lions defence to score an outrageous goal.

Diego Maradona single handedly won the 1986 World Cup on his own. Maradona was a brilliant and an extra-ordinary football player blessed with excellent passing, dribbling, vision, and technical ability. Diego Armando Maradona is definitely among the best number 10 football players of all time.

so who is the best number 10 in soccer? Simply Lionel Messi. Not many football supporters in the world would put Leo Messi above Diego Maradona, but sometimes we’re blinded by the nostalgia of the past, and that hinders the ability to see the present greatness. There’s no comparison between both players, as they are great in their own ways, and in their own time. Lionel Messi is the best number 10 in football currently. The little Argentinian have been FC Barcelona’s talisman for many years now and he is the club’s best passer, best creator, and best goal scorer ever. We are lucky to be seeing him demonstrate greatness in every single match.

Leo Messi has countless individual awards including six Balon d’Or awards – most Balon d’Or awards won by any footballer. He’s not just a great goal scorer, he also holds the record for the most assists in La Liga history. That shows us that he is not only looking to score himself, but he is also a great team-player as well.

Be sure to also read the best number 7 in football.