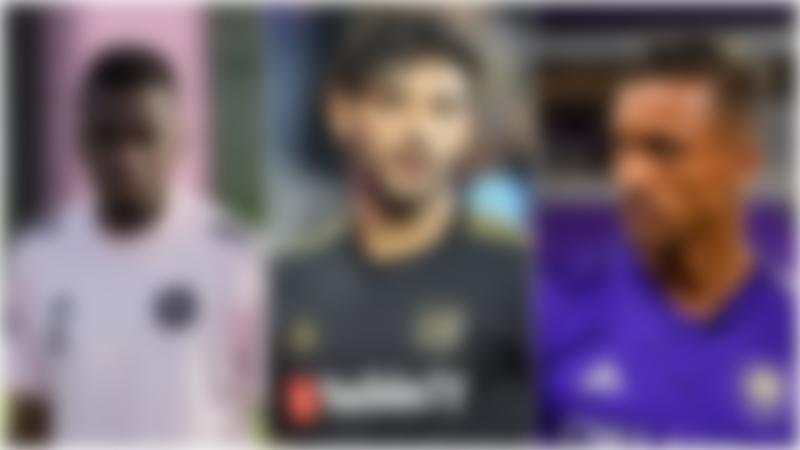 Major League Soccer (MLS) is the top tier professional football league in the USA. It is currently ranked 10th in the top 50 football leagues in the world. Ever since the MLS has started, it has started to gain more and more popularity. The TV viewership has increased to about 2 million viewers watching a single game. In the media, MLS has been subject to constant attention. Some of the top European superstars such as Higuain, Carlos Vela and Matuidi play in the MLS. Read more to find out the best MLS players in 2021.

Pablo Piatti is one of the best MLS players to ever feature in the league. He currently plays for Toronto FC. Piatti was signed by Toronto FC in February 2020 on a one year contract. Since then, he has scored 4 goals in 19 appearances for the club. The Argentinian player can play both as a left winger and a forward. He is naturally left footed, but can play with either foot, making him a very complete player. The winger is known for being highly explosive and dynamic, leaving defenders well behind with his turn of pace and dribbling skills. He has a good eye for goal as well as being very creative with the ball at his feet. In his young years, his style of play was compared to Lionel Messi.

Ranked 10th in our list of top 10 MLS players in 2021, the winger has a FIFA rating of 78, which is very impressive. His high pace and dribbling ratings can be used very effectively in the game. The dribbling and shooting of the Argentinian is also very decent in the game. Thus, if you want the MLS version of Lionel Messi in your team, you know who to choose.

Nicolas Lodeiro makes it to the 9th spot on the top 10 best players in MLS. The Uruguayan footballer plays for the Seattle Sounders FC. He plays as an attacking midfielder for the club, but can also play as a winger. Lodeiro is known for his ability to run past defenders with his speed, close control, and dribbling skills. The midfielder also possesses good vision, creativity as well as good passing skills, making him one of the best play-makers in the league. He usually plays the number 10 role, dropping deep into the midfield and linking with other players to build up the attack. The Uruguayan play-maker has scored 43 goals in 146 appearances for the Seattle Sounders since his signing in 2016.

Lodeiro has a very impressive FIFA 21 card, with an overall rating of 78. The attacking midfielder stands out with high ratings for his passing and dribbling. He also has good shooting and is widely renowned as an amazing free-kick taker. So, he is a central attacking midfielder you should have in your FIFA 21 MLS team.

Javier Hernandez is one of the biggest starts to come to the MLS and bring it to life. The Mexican international footballer plays as a striker for his MLS club LA Galaxy. He has played in a number of high profile clubs such as Real Madrid and Manchester United before joining LA Galaxy. The striker was signed by the club in the early stages of 2020 on a three year contract. At the time of his signing, he was the highest paid player in the MLS. The superstar striker is known for his ability to score goals with very clinical finishing. He is always in the right place at the right time. He has been praised for his off the ball movements as well as his ability to find space in the penalty box.

The Mexican international striker has an overall rating of 78 on his FIFA 21 card. The most notable thing about his FIFA 21 card is his shooting. With a 78 shooting, it is fair to say that he will get the job done during the match. With that being said, Chicharito Hernandez should be in your FIFA 21 team as a striker.

Cristian Pavon makes it to the top 10 best MLS players on our list. The Argentinian footballer plays for for LA Galaxy as a forward. On 8 August 2019, Pavon signed on loan from Boca Juniors for LA Galaxy with the option to make the deal permanent. Since then, the forward has managed to score 14 goals from 34 games. He plays as a forward, but can also play as a winger or a creative midfielder. He is well renowned for his clinical finishing as well as his ability to link up with other players. He is also one of the fastest players playing in the MLS.

Pavon has a very impressive FIFA card with an overall rating of 79. He provides the team with the ultimate package of speed and skills. He is able to run past defenders with ease using his pace rating of 91. He also has good shooting and passing skills and is not bad in the air either. Thus, if you are looking for a pacy winger in your FIFA 21 MLS team, Pavon is your man!

Ranked 7th in our list of the top 10 best MLS player, Deigo Valeri is the play-maker that every team needs. The Argentinian international plays as an attacking midfielder for the Portland Timbers. He was signed by the club in 2013, and since then has impressed everyone. He won the MLS Newcomer of the Year award in his first season, and since then has scored 80 goals in 213 appearances for the club. However, scoring goals is not the only thing Valeri is good at. The Argentinian play-maker is very good at assisting his teammates. He is very dangerous on the edge of the box, and he has a good aerial presence.

Valeri has an overall rating of 80 on his FIFA 21 card. At the age of 34, he is not the fastest player on the pitch. However, his dribbling and passing skills make up for the pace. In addition to that, his shooting is up to the mark. It is safe to say that he is a must have in your FIFA 21 MLS team.

Alejandro Pozuelo is a Spanish international who plays for the MLS club Toronto FC. the club signed him in 2019. He plays as an attacking midfielder as well as a central midfielder. Pozuelo is a very versatile and creative player, having the ability to play with either foot. He has great vision, as well as a good technique, ball control and clinical finishing. Known for providing assists to his teammates, the midfielder has managed to score 21 goals and 11 assists in just 50 matches. He is a player that the opponent defenders need to look out for, as he pulls the strings in the game and creates lots of chances.

Pozuelo has an overall rating of 80 on his FIFA 21 card. He provides the team with the ultimate play-making, providing assists and scoring goals from distance. The Spanish midfielder has some serous skills and dribbling in the game. Therefore, he should be in the FIFA 21 MLS squad without a shadow of a doubt.

Nani is a footballer who needs no introduction. He is one of the most famous and talented players to ever play in the MLS. The Portuguese forward is the captain of the Orlando City SC and plays as a forward for them. He joined Orlando City on February 2019, on a three year contract. Since then, the star studded striker has scored 18 goals in 49 appearances. Nani is able to play on both wings, using his pace and dribbling skills to get past defenders. The forward can not only score goals, but is known for creating space for his teammates and providing assists. He can play in a number of positions, including the main striker, winger, or even the second striker.

The Portuguese forward has an overall rating of 80 on his FIFA 21 card. His dribbling and passing stats stand out the most in FIFA 21. His physical attributes as well as his finishing are also great. Thus, Nani is a must in your FIFA 21 MLS team as a winger or even a striker.

Josef Martinez is one of the best MLS players right now. He plays as a striker for the MLS club Atlanta United. Martinez joined Atlanta United in 2017. Since then the Venezuelan striker has established multiple records in the MLS. He holds the record for the most consecutive games with a goal (15), as well as the most hat-tricks in the MLS (6). The striker has scored an impressive number of 72 goals in 81 matches for his club. He is an aggressive and powerful player with a very keen eye for goal, dribbling ability, and clinical finishing with either foot. The striker is a major threat for any team in the penalty box.

The Venezuelan striker has an overall rating of 81 on his FIFA 21 card. As clear from his 89 pace rating, he is extremely fast and can run past defenders with ease. Martinez also has a shooting rating of 80 which shows his clinical finishing. Apart from that, he is very physical and has good aerial ability as well. Thus, it is a no brainer to choose him as your No.9 in your MLS team.

Blaise Matuidi is one of the most experienced, talented and well known footballers in the MLS. The French midfielder plays for David Beckham’s Inter Miami. He joined the club in the summer of 2020, after having played for some famous clubs like Juventus and PSG. Matuidi has featured in 15 games for the club so far, scoring 1 goal. However, he is known for his defensive attributes. His work rate, energy, physicality, positional sense and game intelligence separates him from the rest. He can also carry the ball and distribute it very well. Being versatile, he can play as a holding midfielder, central midfielder and even an attacking midfielder. He has also been used as a left-back.

Matuidi is one of the best MLS players in FIFA 21. With an overall rating of 83, his card can not get any better. He has a defensive rating of 82 as well as 79 in physicality. Apart from that, he is very decent in terms of passing, holding the ball and dribbling. Therefore, if you need a central defensive midfielder in your FIFA 21 MLS team, Matuidi is your man!

Carlos Vela is considered to be the best MLS player. The Mexican is the captain of his side Los Angeles FC. He joined the team in 2018, and ever since that, he has impressed everyone with his outstanding performances. Vela has scored 52 goals in 66 matches for the Los Angeles FC. He won the MLS Golden Boot in 2019, and also set the record for the most goals scored in a single season (34). Vela is a very versatile player and can play as a striker, winger as well as an attacking midfielder. He is well known for his dribbling abilities, play-making skills and chipped goals.

The best MLS player in FIFA 21 also has an overall rating of 83. His FIFA card is amazing in every aspect. The Los Angeles FC star has incredible pace, shooting, passing and dribbling in FIFA 21. Thus, he is definitely the man to lead your side and also the play-maker of a top MLS FIFA team.