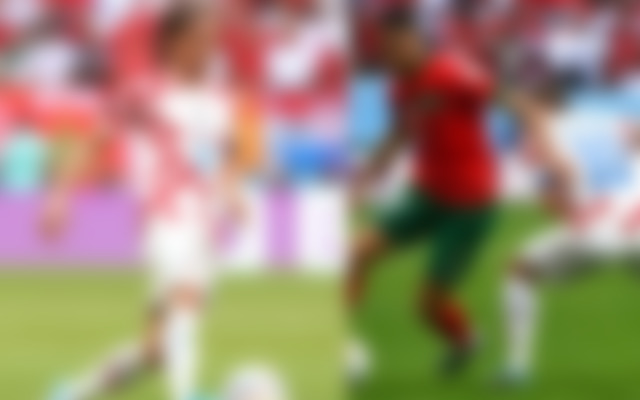 At the Al Bayt Stadium on Wednesday, the match between Croatia and Morocco ended in a scoreless draw. Although it is still early in the World Cup, it appears that the gap between the teams from the rest of the world and those from the lower tiers of Europe has shrunk significantly. This conclusion is based on the evidence that has been gathered thus far.

Teams from all over the continent can compete at a high-level thanks to robust domestic and UEFA structures, as well as a long history of playing the game and a dedicated fan base for it. As a result, Europe has earned the reputation of being the region with the best overall footballing pedigree.

But as we have seen, Denmark, Poland, Wales, and now Croatia have been held by Tunisia, Mexico, the United States of America, and Morocco. One could argue that some of those results were favourable to the European teams. Next, we will find out if Germany has moved on from the heartbreak they experienced a year ago when they face the Asian powerhouse Japan at the Khalifa International Stadium in a match that is part of Group E.

Not a great start 😑 https://t.co/tmMkIczA2v

well at least its a draw https://t.co/K4Qwg5hwzg

despite the score, this is actually decent game with high-intensity for both teams. group F look more open now https://t.co/dRaCXpSC1I

This Was A Great Game! 4th Draw Of The Tournament! https://t.co/UfAxC0UjHJ

Well, this was stressful to watch. https://t.co/DbMlkQm24u