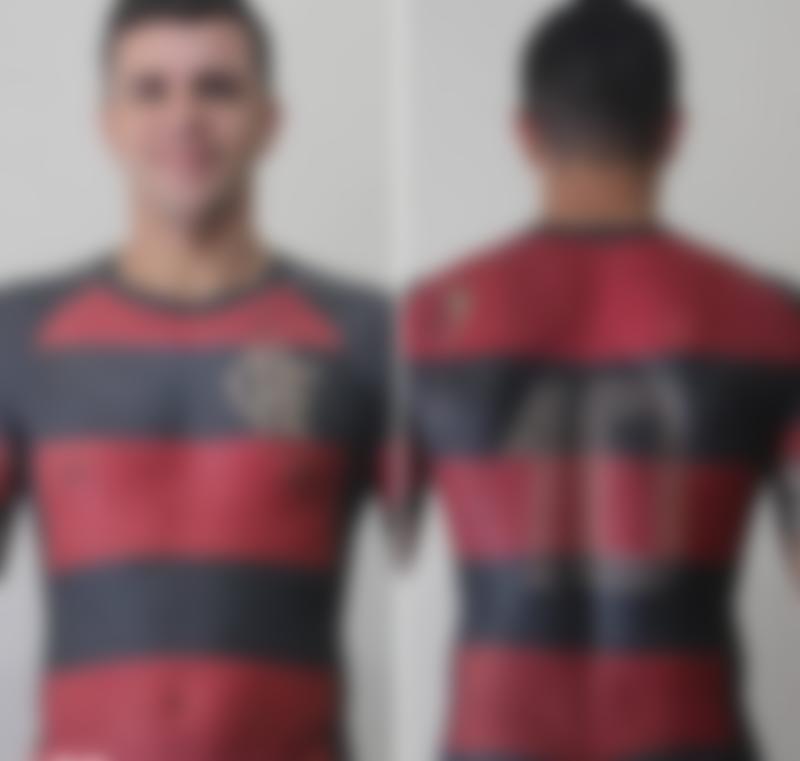 Soccer tattoos are worldwide wonders that keep gaining traction in the modern era. In the last article, we talked about football players without tattoos and the reasons why they choose not to ink their body. Today we will talk about some of the best tattoo ideas and designs that will inspire you.

The ball is the most direct way to declare a fondness for the sport, but it can be modified with endless features to garner exalted originality. The goalposts are another savvy inclusion, and neutral participators may find serious joy from the depiction of referees.

Ultimately, it doesn’t matter what kind of soccer tattoo you pursue. All of them possess an unrivalled rate of noble swagger. No other activity ignites passion like soccer, so these football tattoos are guaranteed to be a hit with crowds of all kinds.

Club logos are very good football tattoo designs. They show the love of a person towards their favorite club. The most passionate fans get tattoos of the club that they support.

Below are some club logo tattoo ideas:

Players can also be used as very good football tattoo designs. They show the love of a person towards their favorite player. The most passionate fans get tattoos of the player that they support.

Below are some player tattoo ideas:

Cristiano Ronaldo is no doubt one of the greatest footballers ever in the history of the sport. He has a very big following amongst the football fans. Many of his die-hard fans have tattoos of him.

Below are some Cristiano Ronaldo tattoo designs:

Lionel Messi is considered to be one of the greatest footballers of all time. He is a highly idolized figure not only in Spain and Argentina, but throughout the world. The fans of Messi show their love for him by getting tattoos of their idol on different parts of their body.

Below are some football tattoo designs of Lionel Messi:

The soccer ball inked on the inner arm of the canvas, interpreted with added dimension to make it look there’s ball about to bounce off the arm. This is the perfect soccer tattoo for those who grew up with fond memories of playing this sport.

This is a great way to immortalize wonderful memories of playing soccer, or perhaps the two objects you value the most while playing because it reminds of you of home. This chest piece is awesome, and very realistic.

A fantastic tattoo of chained soccer ball in gray and black ink which looks realistically unreal. Apart from the added dimension in its aesthetic, it’s also drawn at an angle to make it look like its moving.

If you are a fan and has been following Associazione Calcio Milan or just AC Milan, then this tattoo is perfect for you. Wearing the badge of this 2007 FIFA World Cup champs is definitely an honor.

Sleeve tattoos are a big trend, nowadays. They look really good on the body. If we talk about football sleeve tattoos ideas, there can be many designs which can be tattooed to the arm. You can also gain inspiration from many famous players.

Below are some really good football sleeve tattoo ideas:

There are soccer tattoos that are worth wearing on your skin especially when this sport has done so much for your growth as an individual. This is a small but fantastic creation of a soccer ball in high definition plus it’s in three-dimensional realistic creation.

A micro tattoo of the soccer ball in black ink, delicately put together by fine lines. This requires a tattoo artist who’s highly skilled in executing small fine lines as it requires precision and accuracy on a slope of a canvas that is not entirely flat.

This is a fresh concept to consider for an ink work of soccer dudes. It is minimalist in design placed on the inner arm. A fast growing trend for the young ones who prefer single needle works.

This is a stunning tribute to the humble beginnings of this sport or the athlete who at one point must have carried the call around to look for a spot to roll the ball on. This black and gray creation is sentimental bringing with it details of the neighborhood. The artist and the customer is successful in transforming the story into an incredible art work.

Leg tattoos look really good on the body. If we talk about football leg tattoos, there can be many designs which can be tattooed to the arm. You can also gain inspiration from many famous players.

Below are some really good football leg tattoo ideas:

A smoking hot soccer ball speeding faster than the wind, then eventually landed rather abruptly on the calf of this wearer. It is indeed a hot ball inked in high definition and three-dimension. This is an artist who is dearly committed to the craft and style of realism. The geometrical patterns in black and white looks absolutely real with worn, scratched and stitched.

A soccer player and someone who is deeply passionate about this sport would definitely love to have the ball inked on their skin. It is the most iconic and recognizable object of this sport. Placing a soccer ball ink work at the leg area specifically the outer side, gives the athlete to showcase his tattoo every time he takes on the ball. It has depth, movement and energy which is a fitting tribute to this, unassuming ball.

Below are a list of tattoo ideas for football players:

Soccer tattoos are heavily influenced by famous soccer players and some other things such as stadiums etc.

This tattoo was inspired by the FC Barcelona legend Lionel Messi. Thousands of people are inspired by him and make tattoos of him all over their body.

This soccer tattoo was inspired by Liverpool and England legend Steven Gerrard.

If you are a football fan and also from Argentina, how can you not get a tattoo of the Argentinian god Diego Maradona. He is a heavily idolized figure all over Argentina.

Talking about getting a tattoo of a football stadium, how can you miss the legendary Camp Nou? It is no doubt a historical landmark for all the Catalans and FC Barcelona fans.